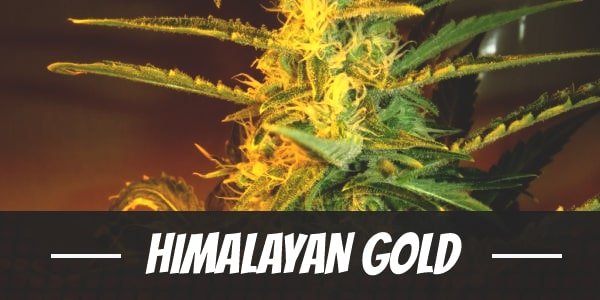 How many people throughout history have explored the Himalayan region? Among those who did in modern times, some brought back what is tantamount to gold in the world of cannabis. It is because of those journeys that led to one strain that people can use for the ultimate relaxation.

As alluded to, Himalayan Gold traces its roots to two landrace strains – Nepalese and North Indian.

Nepalese is a Sativa strain. With regards to the plant structure, it definitely looks like one. But the effects it delivers is more like that of an Indica strain. North Indian, on the other hand, grows in the Kashmir region and is a pure Indica plant.

As expected, an offspring of these two strains will have a dominant Indica side.

We thinking about gold, Fort Knox or any one of the countless jewelry stores come to mind. From the Himalayas, some of the earlier cannabis connoisseurs found gold in the form of plants. Hence, we now have access to, and can enjoy the benefits of one of its offspring.

Himalayan Gold is not only visually appealing, but it also delivers its unique effects in ways that users can only wish for more. Having said that, it is considered a potent strain. As such, users must be careful what they wish for. Using too much leads to unwanted consequences. But used in moderation, it brings on an experience quite unlike the others.

At its onset, the strain does not flood one with an intense wave. Rather, it acts slowly and steadily as the sensation fills the head. Gently, it makes people feel uplifted. As the daily hassle fades away, a new sense of happiness creeps in. It gradually builds up until one feels euphoric.

Himalayan region is harsh and brutal. It causes people to feel numb and left unprotected, fatal. But the strain does not do that. Instead of the numbing mental buzz that leaves the mind hazy, most users may even feel a little clear headed.

As it works its way down to the body, it is when the heavy Indica side of the strain starts to take over. Users feel more relaxed and before the hour is up, may feel sleepy. In most cases, the body high is not too strong as to cause a couch-lock.

Generally, anyone who uses this strain can agree that it is one of the best strains for relaxation.

Himalayan Gold comes with a pleasant odor. It has a sweet scent laced with a hint of coffee that is sure to draw attention.

From the first whiff, a spicy hint accompanies the blend of herbal tea reminiscent of pine wood fills the throat. Not only is the smoke smooth, but it is also delightful to taste.

Users must be aware of unwanted effects with the use of marijuana. In the case of Himalayan Gold, they are nuisances that do not cause any long-term harm. In particular, during the height of its effects, some people may experience dry mouth and eyes.

During its onset, a few people may also experience dizziness. In some ways, it is similar to what everyone has experienced before such as getting off the elevator. And throughout the duration of the high, some may also have a mild headache. On rare instances, there are also reports that some users feel a tad bit paranoid.

Swazi Gold is not only a resilient plant but also beautiful. Its dark purple and orange exteriors is a delight to the senses. Read out full review!

Such symptoms are not likely to occur, but when it does, it is more due to using a little too much. Himalayan Gold is one of the gentler but potent strains. But it can be unforgiving if users overindulge, much like any strain are.

When a strain like the Himalayan Gold can deliver the ultimate relaxing experience, it follows that users will feel sleepy. For that reason, one of its top medical benefits is to help people get quality sleep.

Helping people relax, as well as having a mood-altering trait in which users feel uplifted, happy, and euphoric, Himalayan Gold is also useful in squashing stress.

Like other cannabis strains, Himalayan Gold thrives in a sunny environment. But due to its lineage in cold regions, it can tolerate a cooler climate. Not only does it thrive outdoor, but it also does well inside the house.

While growers without experience can manage to cultivate the plant, they will still need to learn a few things. One is topping or pruning early, especially indoor. The best way to achieve a fast growth is to use hydroponics. Also, combining it with the Screen of Green training method should result in a higher yield.

Himalayan Gold can grow up to 5 feet indoor. As such, most growers need to keep it shorter due to the typical tent size which is not likely to accommodate its height. Still, tended to with care, its flowering phase can begin as soon as the 8th week. Afterward, harvest can yield some 16 to 21 ounces of buds.

Left to grow wild and free, this marijuana plant can reach 9 feet. It does have a rather earlier flowering time that should begin during the third or fourth week of September. As for its yield, be prepared for a massive haul of over 50 ounces per plant.

Have you ever smoked or grown your own Himalayan Gold? Please let me know what you think about this marijuana strain in the comments below.