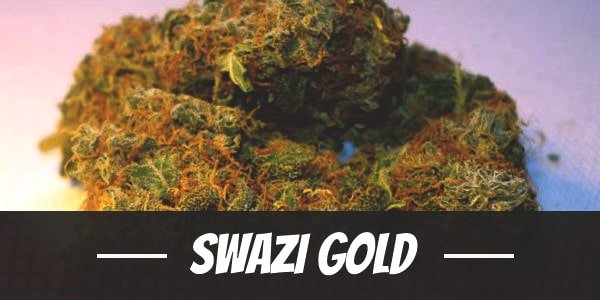 There is a story behind every strain. What makes it fascinating is not its completeness, but somewhat its vagueness or intrigue such as Swazi Gold. While the history of most others began decades ago, this strain dates back to 25,000 BC. Astonishing, isn’t it?

Swaziland is a small monarchy in Africa. It is here where archaeologists found prehistoric rock paintings and artifacts. Among the depictions are what appears to be a marijuana plant. It is for that reason that this strain was named as such.

Granted that ancient paintings are not conclusive, there is a growing consensus that somehow, the strain and its depiction must have been related. At any rate, Swazi Gold was known to have been grown and used by the Nguni tribe and its neighboring tribes. Besides recreational use, some tribes such as Soho also used it for medicinal purposes.

Until their discovery, the prehistoric caves might have remained hidden with no one the wiser. Credit then must go to Seeds of Africa for making it available to the world after getting ahold of the strain.

Swazi Gold is not only a resilient plant but also beautiful. Its dark purple and orange exteriors is a delight to the senses. But more important, it delivers an exceptional Sativa experience. It is a fact that is not lost on many other breeders. Hence, it has been used to parent numerous others.

The good thing about Swazi Gold is that it also delivers pronounced physical effect even if it is pure Sativa. If one needs something to get them through the day and help them end it with intense relaxation, then this hybrid is the perfect strain to use. As expected, the effects are mostly cerebral, especially in the beginning.

The high begins with a pressure in the forehead and behind the eyes, causing a cerebral buzz. Users would find themselves feel lighter and happier. Thus, it promotes giggles as well as make people feel alive and upbeat. Indeed, it is a good party strain.

For productivity, it boosts focus and mental clarity which results in having things done efficiently. Perhaps this could be a choice during study sessions and running errands.

Physical effects come as the high from Swazi Gold slowly stabilizes. At this time, users tend to feel more relaxed but not to the point of feeling drowsy. At the same time, it may induce hunger pangs.

Swazi Gold has a combination of scents that would truly entice the users. It starts with the usual earthy aroma with hints of lemony citrus, just like Pine-Sol. The goodness becomes better as the buds are broken. It emits a sweet fruity scent that excites the senses.

The taste of Swazi Gold is carried over to its fragrance. More so, it is more pronounced which makes the taste easier to define. During the inhale, the same woody citrus taste goes through the tongue. Then an apple-like fruity flavor can be distinguished upon the exhale.

Swazi Gold delivers its effects strongly. But even with that case, the adverse reactions from this strain tend to be mild compared to other potent strains. Of course, one cannot assume that everyone gets the same side effects. Those with a low tolerance level may experience these reactions with a little more intensity.

People could expect feeling paranoid, dizzy, and anxious when too much is used. Aside from that, it also induces dry mouth and eyes just like other strains.

Swazi Gold has an interesting story to tell when it comes to its benefits in the medical marijuana scene. If one looks at its history, it was originally used by African tribes. They would usually infuse it to make tea which helps relieve different kinds of mild pain such as stomach aches and the like. Of course, as it is now developed and its traits are clearer, its medical benefits are presently known to cater to other ailments as well.

For starters, the happiness it induces helps people take a break from heavy feelings and negative thoughts. Furthermore, it aids patients who are suffering from chronic stress and depression by uplifting their mood.

As mentioned earlier, Swazi Gold is beneficial for those undergoing chronic pain. Even more so, it has anti-inflammatory properties that help patients with cramps and muscle spasms feel better.

Taking care of this plant may be a bittersweet feeling for novice and seasoned growers alike. Swazi Gold is known take a long time before it is ready for harvest. Aside from that, it grows quite big. Hence, requiring a lot of time. It is highly adaptable to Low-Stress Training (LST) and topping. It also needs regular trimming in order for light and air to reach the otherwise blocked parts of the plant. But with all that aside, this hybrid makes up for all the need for attention as it produces a large number of buds.

When planted indoors, flowering takes about 12 to 14 weeks. Once it is ready for harvest, growers may expect a yield of up to 26 ounces per square meter.

Just like other strains, a warm and sunny climate is needed in order for a marijuana plant to thrive well. Harvest is ready by late October to early November with a yield of 26 ounces or more per plant.

Have you ever smoked or grown your own Swazi Gold? Please let me know what you think about this marijuana strain in the comments below.