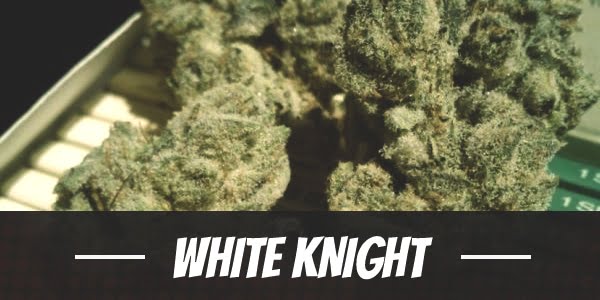 Being ‘Chong Certified’ is perhaps one of the highest recognitions a strain can achieve next to a Cannabis Cup. Its seal guarantees users of quality buds sourced from local farms. Each is stress-crushing, mentally stimulating, and physically soothing. After all, the “father of stoner comedy” Tommy Chong loved cannabis with all his heart and only wanted the best.

White Knight is among the few lucky strains to be ‘Chong Certified.’ And, rightly so. It is a pure Indica does, in spite of its high THC value, rarely overwhelms its users. While its use is undoubtedly medical, many recreational enthusiasts enjoy the strain for its cerebral clarity and creative buzz.

In creating their premium Indica, Encanto Green Cross took Afghan Kush and crossed it with White Widow. The former is a landrace famous for its sturdiness and great grow. Meanwhile, the latter produces frosted buds that look almost ‘white’ due to their impressive resin production. It was also from it that White Knight inherited a potent levels THC levels of up to 26%.

White Knight has an uncharacteristic cerebral buzz in spite of its pure Indica genes. It remains to be a slow-starter however, with effects that usually go unnoticed until after the euphoric rush intensifies. As it spreads to the deepest recesses of the mind, it leaves users feeling upbeat. Some even radiate with a happiness that can only come from within.

For most casual users, the mental stimulation also inspires a surge of creativity. The clear mind becomes an avenue for free-flowing thoughts to converge into brilliant ideas or innovative solutions. Regardless, it keeps most productive throughout the day.

In time, an uplifting buzz begins to ebb down from the temples. It takes away fatigue from the limbs and unties knots in the muscles. Though it envelops users in deep relaxation, it is not at all sedating. Instead, it allows one to work tirelessly.

White Knight has a pungent aroma due to its high levels of THC. It is characterized by the scent of uprooted wood, particularly that of pine, and subtle notes of wet soil that intensifies once crushed. Surprisingly, a hint of sweetness that fills the room once combusted.

White Knight floods the palate with a refreshing pine with a tinge of skunk. Enhancing it is the sweet flavor of ripe blueberries and earthy taste of freshly picked herbs. On the exhale, a cooling mint lingers even after the last puff.

Dehydration is a common side effect of marijuana regardless of the strain being used. It is usually reflected as dryness in the eyes but it is not uncommon for users to experience a cottonmouth too since moisture-inhibiting cannabinoids target the production of saliva too.

Thankfully, both are mild and barely noticeable. However, some may find the dry spell a little uncomfortable. It is best to have a drink if so. Nothing alcoholic or caffeinated though as they exacerbate any adverse reactions. Normally, under these circumstances, the proper beverage is water.

White Knight owes its existence to the demands of the medical scene. For this reason, its use is arguably best suited for therapeutic purposes such as providing a reprieve against mental and physical health conditions.

Its mentally stimulating cerebral buzz, for example, stabilizes the mood and enhances it at the same time. By doing so, it calms away the overwhelming anxiety that usually accompanies high levels of stress. In positively affecting negative outlooks, White Knight allows users to manage mental health issues like depression and PTSD.

THC is highly credited for the overall psychedelic experience of smoking marijuana. In high doses, however, it turns into a natural painkiller and induces a soothing body high that effectively appease aches beginning from the temples. It relaxed the stomach too and, with its antiemetic properties, relieves nausea. Finally, White Knight lulls users to a deep, unencumbered sleep.

Like its predecessors, White Knight is naturally short and hardy. It has high resistance against bud rot and other problems caused by high levels of moisture in the air. Its buds may require some manicuring though. Its density traps water that, if left unattended to, can develop into mold or mildew.

As a pure Indica with excellent parentage, White Knight rarely ever encounters problems when cultivated outdoors. It can withstand various changes in temperature and strong gusts of wind that can sometimes break off the stalks or branches of other plants.

Due to its commercial and medical nature, White Knight is best suited for controlled environments in spite of its great performance outdoors. Moreover, growers can adjust important factors like temperature, lighting, and humidity.

Encanto Green Cross currently maintains a proprietary hold on its products and, as such, no seeds of White Knight are available in the market. In this way, breeders assure its users of a consistent, stable chemical profile regardless of when the batch was created.

It takes approximately 8 to 10 weeks for an indoor grown White Knight to fully bloom. Once mature, it yields 10 to 12 ounces of buds per square meter. Using the Sea of Green method, however, will help the plant yield higher and flower faster.

In the northern hemisphere, White Knight flowers between the second to the last week of October. It produces at least 12 ounces of buds per plant.

Have you ever smoked or grown your own White Knight? Please let me know what you think about this marijuana strain in the comments below.