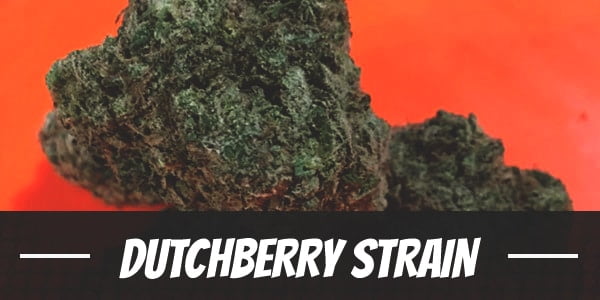 Dutchberry is, without a doubt, a great go-to strain. It THC levels of up to 27% deliver a mood-enhancing high that leaves users feeling giggly and upbeat at the onset. However, at the comedown, it thoroughly relaxes the body to prepare users for a good night ahead. Not to mention, it is highly therapeutic.

In spite of its impressive wake-and-bake qualities, Dutchberry is still better off reserved for nighttime use to cap off a long day at work. It provides a subtle rush of energy that rekindles user’s motivation to pursue a light project or finish a task but, once the high is over, one will most likely head on to the couch or flop to the bed for a deep, unencumbered sleep.

Like other Indica-leaning strains, Dutchberry is a slow starter. Its effects do not start until 15 to 20 minutes after the first two to three puffs. As such, users should pace consumption of the bud. Starting with low dosages will keep the couch-locking Indica body buzz away.

With that said, the initial onset starts with a euphoric rush that clears the mind. It brings back cheery memories of the past that leave one happily reminiscing about the past as a smile forms from ear to ear.  It piques curiosity as well and, as thoughts continue to flow and form freely because of the clarity, a surge of creativity envelops casual users.

After about an hour or two, the same uplifting buzz trickles down from the temples. It oozes into the muscles to relieve tension and tightness. Keeping it from enveloping users in a total blanket of sedating relaxation is the initial head high and rekindled interest. With a limber body, users complete tasks with an immense focus that can last for hours at a time.

Dutchberry smells like a basket full of berries accentuated by citrus. Its sweetness is balanced out by a refreshing pine that adds a note of wood and earth. Broken apart and combusted, it releases an herbal overtone of rosemary.

Taking a swig off of Dutchberry’s smoke is like drinking in a berry smoothie sprinkled with citrus peel. It is deliciously sweet but tangy but is quickly followed by the herbal taste of grounded rosemary. On the exhale, it leaves a woody pine and earthy aftertaste.

As a result of cannabinoids interfering with moisture production, dry eyes and a cottonmouth are two inevitable reactions to smoking Dutchberry. The two are mild and barely noticeable but can easily be mitigated by downing a few glasses of water if symptoms continue to persist.

In high doses, it can trigger anxiety that later develops into a subtle feeling of paranoia as it persists. Most of the time, however, one only experiences a temporary headache. Still, it is best for enthusiasts to moderate usage by starting with low doses.

Stress is a common problem that affects people of various ages. Although it is mostly harmless, chronic stress exacerbates or can lead to the early development of various health issues including high blood pressure, cardiomyopathy, and depression. As such, it is important to release any accumulated stress throughout the day or week.

Through its happy high, Dutchberry enhances the mood and uplifts low spirits. It inspires a sense of happiness that reinvigorates one’s zest for life. Apart from being an effective stress reliever, it is also a source of comfort to patients dealing with mental health issues. Its calming euphoria manages symptoms of anxiety, depression, and PTSD as well as reduce the overwhelming dread that comes with it.

Dutchberry is among the top medicinal strains in the market. It has high levels of CBD, measured up to 8%, and delivers positive physical effects along with its psychoactive compound. It relieves fatigue through its stimulating but gentle rush of energy. Meanwhile, its analgesic properties relieve aches and pains throughout the body beginning from the temples.

Dutchberry is a great beginner’s outdoor strain to cultivate in the northern hemisphere. It has a sturdy stalk that can withstand a variety of growing conditions such as strong winds, changes in temperature, and short daylight hours. However, it may need a temporary enclosing to keep it safe in case of an early frost.

Although it may not need to be topped early, growers can still benefit from pruning the plant indoors. Its compact structure can sometimes harbor moisture that later develops into mold or mildew if the buds are not adequately aerated. By removing certain leaves and installing an effective ventilation system, growers can significantly improve air circulation as well as light and nutrient distribution.

A Sea of Green setup can maximize its yields. Growers can strategically position at least four potted plants per square meter or more. Using a soilless medium like hydroponics will also help deliver nutrients straight to the roots, resulting in faster and higher bud production. Although, if one were prioritizing flavors, then soil is a better option.

Once mature, Dutchberry produces large dense buds that taper on one end. Though each exhibit a lush green with flashes of yellow, growers can bring out its deep purple hues and fiery pistils.

TIP: Looking to buy seeds like Dutchberry? Check out my seed shop

It takes quite a while for Dutchberry to bloom fully. However, the 10 to 12-week wait is well worth it. Once ready for harvest, it produces 12 to 16 ounces of buds per square meter.

Dutchberry blossoms between the last few days of October to the second or third week of November. Growers can expect yields of at least 16 ounces of buds per plant.

Have you ever smoked or grown your own Dutchberry? Please let me know what you think about this marijuana strain in the comments below.