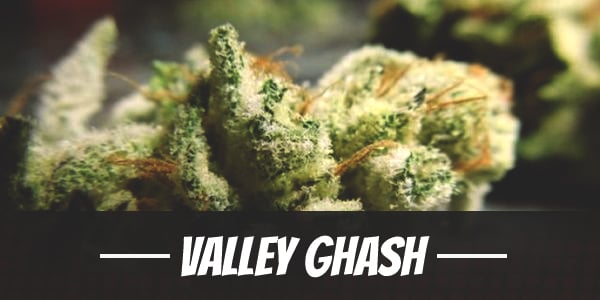 Valley Ghash is reminiscent of summer nights spent at camp. Its effects are euphoric and promote a sense of camaraderie when smoked with friends and peers. Adding to the nostalgia is its citric yet floral flavors and scent. Consequently, Ghash means ‘grass’ in Hindi.

This complex hybrid is a three-way hybrid of two predominantly Indica powerhouse strains and the hobbit’s Sativa-leaning weed. G-13 has undeniably potent effects that deliver a heavy body stone. It was later paired with the quick flowering Hash Plant, a plant that garnered fame for its excellent grow and resin-dripping calyxes. Finally, to add a bit of magic, the breeder added a strain from Middle Earth – Longbottom Leaf. This magical bud is typically enjoyed by many as a daytime strain as well as medical benefits.

All these top qualities tied together makes Valley Ghash an extremely unique and rare strain at the same time. Thankfully, its seeds have been made available by its breeders at Mota Rebel genetics. Though generally well-balanced, some phenotypes will lean toward Indica and exhibit similar traits as its G-13 or Hash Plant parent.

Valley Ghash is a fast-acting strain. At up to 15%, it delivers an uplifting buzz all over the body. Its initial onset, however, begins with a cerebral euphoria that encourages peace and wellbeing. As the clearheaded high spreads, it elevates the mood until users beaming with happiness from the inside.

After a while, a soothing sensation gently creeps in and envelops the body. Though intense, it not at all as sedative or lethargic as other strains. Instead, it loosens tight muscles so users can still perform light physical activities.

Pleasantly relaxed, the appetite is likely to be stimulated as well. For this reason, it is best to have snacks prepared ahead of time. Although, in excess, the strain can cause just about the opposite or lock users in place. Some even experience greening out. As such, marijuana must always be used well within limits.

Valley Ghash has pungent overtones of fruit, particularly citrus. Blending in with the subtle notes of sourness is a sweetness. Broken apart, a soothing floral aroma permeates in the air.

On the palate, the overtones of fruit taste like a tropical treat. Along with the taste of citrus are sweet notes of berries and a surprising cheese. On the exhale, the smoke leaves a skunky aftertaste.

Regardless of the strain being toked, dehydration is a common reaction to marijuana. It usually affects the eyes but, as cannabinoids begin to inhibit the production of saliva, users will likely end up with a cottonmouth too. Usually, both mild reactions are barely noticeable and often go away with time. However, if cases they do get uncomfortable, hydrating with a glass of water can help.

There are a few reasons why users feel a little dizzy while using marijuana. Besides toking too much in a short amount of time, there are also factors such as individual tolerance and overconsumption. As such, it is important to pace and moderate one’s usage of marijuana.

One of Valley Ghash’s best use is as a relaxant. As its soothing high courses through the muscles, it frees away tension from the body. And, together with THC’s painkilling properties, provide relief for various kinds of aches and pains beginning from the temples. At the same time, it reduces symptoms of stress including accelerated depression.

To food deprived bodies, the same psychoactive compounds also provide a reprieve against the sharp sting caused by contractions in the stomach. In effect, it stimulates a hearty appetite and encourages users to eat.

Full and free of either mental or physical tension, many users inevitably fall asleep. Succumbing to the bud’s sedating properties is not as bad as it may seem though. After all, it does enhance the quality of sleep.

Mota Rebel Genetics has done the world a favor by making first-generation seeds of Valley Ghash publicly available. F1 seeds grow faster by at least 25% and truly bring out each of the parent’s best traits.

Because they come in regular form, most likely users will end up with half a batch of male plants. But applying techniques such as presoaking, a cannabis germination method that triggers hormones and softens hard-shelled seeds, and Low-Stress Training (LST) will encourage female plants.

Valley Ghash thrives in natural environments. Its sturdy structure allows it to withstand sudden changes in temperature or climate. Moreover, it yields higher and is much more flavorful. However, there is also a high chance that pests may ravage the batch.

As such, some growers prefer placing their plants inside safer, more controlled grow areas. Cultivated indoors, aspiring growers should go au naturel. This requires using soil as a medium in order to bring out its fullest flavors.

This plant’s nugs are neon green and medium-sized once it matures. It takes on the shape of a heart and is tapered on one end. Slender dark orange pistils sparsely cover the bud along with golden crystallized trichomes.

Valley Ghash has an indoor flowering period of 8 to 9 weeks. Once ready for harvest, it produces 10 to 12 ounces of buds per square meter.

In the northern hemisphere, Valley Ghash flowers by the second or third week of October with each plant producing more than 12 ounces of trichome frosted buds.

Have you ever smoked or grown your own Valley Ghash? Please let me know what you think about this marijuana strain in the comments below.