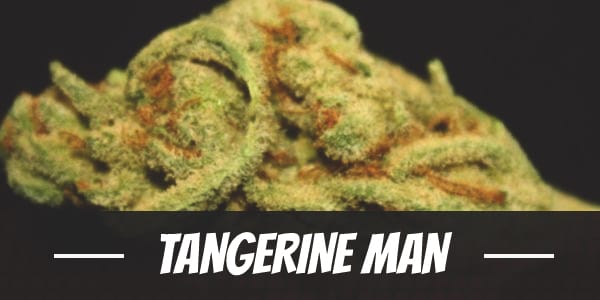 Snoop Dogg’s love for cannabis is no secret to people who know of him. In fact, the rapper gained fame for being an outspoken supporter of the five-fingered herb. Hence, it comes as no surprise that he eventually launched his own brand.

Leafs by Snoop is among the most sought-after dispensaries in the cannabis industry, especially after the release of its first 10 products. One of which is Tangerine Man, an almost pure Sativa that won the hearts of many enthusiasts.

Tangerine Man induces an intense cerebral high induced by its up to 19% THC. Despite its potency, it is a versatile strain that beginners and medical users can use. The former may seek it as a practice bud to help build resistance against marijuana’s main psychoactive compound while the latter can take advantage of the impressive therapeutic benefits it provides.

Casual users, too, may enjoy Tangerine Man as a daytime smoke. Its mentally stimulating effects make for a great wake-and-bake session without the worries of hampering productivity.

Tangerine Man is a fast-acting smoke that delivers a cerebral euphoria almost immediately after the first two to three puffs. The behavioral change is equally instant. Users seem radiate brightly as though a sense of happiness has sparked from within.

As the hours pass by, a soothing sensation trickles down from the temples. It envelops users in deep relaxation and frees tension from each muscle. Replacing it is a surge of energy that spreads from the limbs and reinvigorates the rest of the body.

To many, the effects halt with full-bodied relaxation. However, there are some who find the freedom from mental and physical inhibition completely arousing. This makes the Sativa-dominant bud a great bedtime companion for lovers looking for an early evening of intimacy.

Because of its high-flying cerebral effects, Tangerine man is best used during the day. Otherwise, it can keep enthusiasts up at night with thoughtful thinking and the need to complete tasks.

As its name implies, Tangerine Man boasts a tangy and sweet citric fragrance. A single whiff can transport users to an orange grove with strong hints of grapefruit. Grinding the buds or combusting them causes each to emit a rich and dank earthy fragrance.

In the palate, Tangerine Man tastes just like a citric dessert made of tangerines, grapefruits, and oranges. In spite of its zesty flavors, the bud leaves an earthy aftertaste which makes it seem like freshly picked fruit.

Tangerine Man, like other marijuana strains, contains cannabinoids interfere with the production of moisture in the body. As such, it is not uncommon for users to experience dehydration especially in the mouth and the eyes. It is mostly ignored by seasoned enthusiasts due to its mildness but, is symptoms persist, downing a few glasses of water helps.

Apart from the dry spell, users may also green out when using Tangerine Man. The effects can range from a temporary dizziness to elevated levels of anxiety which can develop into a subtle feeling of paranoia. For this reason, it is important to pace and moderate one’s usage of marijuana.

Leaf by Snoops is a notable producer of medical marijuana. Its product, Tangerine Man, is a reprieve for users constantly bombarded by stress. Through its energizing and mood-enhancing effects, it positively affects negative outlooks, stabilizes turbulent emotions, and calming the mind. In doing so, it provides temporary comfort to those dealing with mental health issues such as depression or PTSD.

The same psychoactive compound that induces the cerebral high is also responsible for Tangerine Man’s invigorating physical effects. In enveloping the body in full-bodied relaxation, it gets rid of the pains and aches associated with exhaustion, overwork, and fatigue.

A natural sleep-aid, Tangerine Man frees users of mental and physical distractions in order to help set the mood for bed. Moreover, its tranquilizing effects improve the quality and quantity of sleep.

Leafs by Snoop maintains a proprietary hold on its strains, including Tangerine Man. Although this may pose as a burden for some, it is actually quite beneficial for may enthusiasts in that it prevents the selling of fake merchandise.

With that said, it is easy to determine Tangerine Man’s growth pattern based on its classification and structure. Its Sativa-dominant genes, for example, indicate that it is a tall but lanky plant. It necessitates height management techniques, such as early topping, and requires staking to add support to its thin branches or stalks.

Tangerine Kush is a cross between the hybrid Tangerine Haze and the Indica Rare Darkness No. 1. Rumor has it that the strain derived its name from its citrus flavor and the prominent bright orange hairs on its buds.

Classified as a medical strain, it is likely that the plant is almost always grown in controllable environments where it is protected against unpredictable weather. Indoors, breeders can also easily adjust factors such as lighting, temperature, and humidity to mimic a Mediterranean climate.

Soil arguably the best medium to use since it brings out Tangerine Man’s full flavors. However, those that prefer using less insecticides may opt for a hydroponic system to produce cleaner buds. Moreover, the latter shortens its flowering period.

Once the light cycle is switched to trigger the flowering phase, Tangerine Man should bloom between 10 to 12 weeks with each square meter yielding 12 to 16 ounces of buds per square meter.

Tangerine Man usually blossoms around the last week of October. However, depending on the weather, it can extend up to the second or third week of November. It yields at least 16 ounces of buds per plant.

Have you ever smoked or grown your own Tangerine Man? Please let me know what you think about this marijuana strain in the comments below.