Skip to content
Home › Lifestyle › How Long Does Marijuana Stay In Your Body?
Reading time: 6 minutes 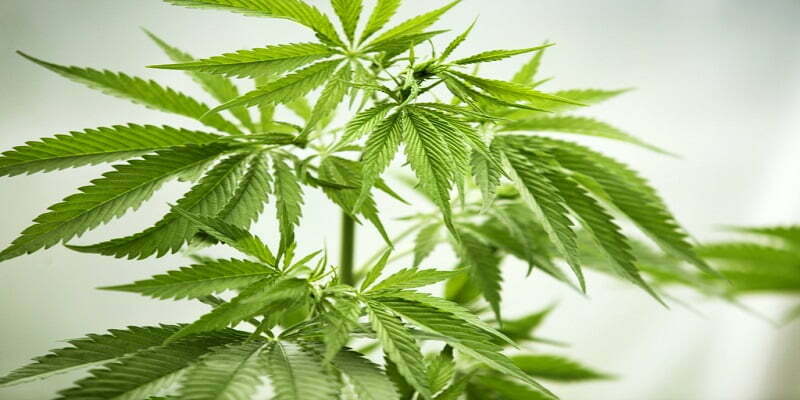 Drug tests vary quite a bit, so this article is meant to provide you with general guidelines rather than all-inclusive facts, so please take the information with a grain of salt. Most people want to know exactly how long marijuana stays in your system so that you can effectively pass a drug test. Despite all the information we will provide you with, the best way to know for sure if marijuana is still in your system is if you actually perform a drug test on yourself. You can get cheap THC urine drug tests relatively easily.

Part of the issue with determining exactly how long the marijuana remains in your body is the fact that it depends greatly on how often you use marijuana. If it’s only once every couple months, for example, or even once per week, there is probably not a buildup in your body, meaning marijuana will leave your system within just a few days. If you use marijuana heavily or frequently, however, then it could take a month or even longer just to be sure that the marijuana in your system is no longer detectable. Always proceed with caution.

Urine drug testing is the most frequently used method of all, making it the most relevant to you to know how to deal with it. It also has a longer detection time than a saliva test and is inexpensive to perform. For urine tests, weight, body fat, the amount of marijuana used, and how frequently you used marijuana all factor into how long the THC will remain in your urine.

After just a couple of hours from when you last smoked, THC appears in your urine. Without taking weight or body fat into account, a person who has used marijuana just once in their life will have a positive urine test for between 1-6 days. Whereas an infrequent user will show for 7-13 days, while a frequent user 2 weeks or more, and a heavy user for a month or longer. The longest anyone has reported is between 45 and 90 days after they stopped smoking. This applies only to the heaviest of pot smokers.

Technically urine tests check for THC metabolites rather than THC itself, which is the reason it can detect them in your system for a much longer time. The difference is that THC is the active ingredient that makes you feel high. THC metabolites, or THC-COOH, on the other hand, is the chemical that forms as the liver breaks down the THC. It remains in the for much longer periods of time than THC itself.

Passing a urine test
There are lots of methods employed by marijuana users who need to pass a marijuana test. Some work, others probably don’t at all. Some products called ‘urine cleansers’ are worthy of the skepticism surrounding them. You might as well drink a lot of water or other liquid just before the test, as it is a natural way to dilute the urine anyway. Proceed with caution, however; if it is too diluted, then the lab will reject it because it is unable to properly analyze the sample. Potentially it could be a solution to a tricky situation where you just need to buy yourself some time. This could work, assuming you would be allowed to do a retest (and haven’t smoked since your first urine sample).

Saliva tests are not performed nearly as frequently as urine drug tests, but it’s still valid to point out that these tests show positive results within an hour after you have smoked. That being said, the positive result of a saliva test will only continue for about 12 hours after your last smoke, so it’s much easier to deal with than the urine tests.

THC only shows up in your hair a full week after your last smoke of marijuana. However, if you are undergoing hair drug testing, then it will most likely test for the last 90 days. This means, if you smoked at all in the past three months, it would be a positive test. This testing technique is generally inaccurate because sometimes THC does not even attach itself to the hair follicle at all, and it says nothing about your drug use for the previous week.

Blood tests are most commonly used when the authorities need to determine if someone who caused a driving accident was driving while under the influence. They display what the current effects of marijuana are on your body – since they are actually measuring the amount of active THC within your bloodstream.

When you smoke marijuana you are achieving the fastest way of absorbing THC. The chemical is actually detectable immediately once you inhale marijuana, with the levels of THC in your blood getting its highest just 9 minutes afterwards. Nearly as soon as you stop smoking marijuana, or at least after 15 minutes afterwards, the THC level in the blood drops significantly, dropping to significantly lower levels within two hours.

If you took a lower dose, in 3-12 hours after smoking, the THC levels would no longer be detectable. If you took a higher dose, however, it would be detectable for a longer period of time, between 6 and 27 hours. These results are only the case for people who do not smoke regularly.

The concentration of THC within your blood drops so quickly because it spreads out across your tissues and is metabolized by your liver quickly. The metabolites, which result from the liver’s breaking down of the THC, remain in organs of your body far longer than in your blood. This is why they show up in urine tests for much longer than blood tests.

When you eat marijuana within an edible, the effects of the THC are vastly different. THC doesn’t kick in for several hours after eating a baked good with marijuana in it, and active THC levels drop within 25 hours. THC metabolites, on the other hand, took 50 hours to drop below detectable levels.

4 comments on “How Long Does Marijuana Stay In Your Body?”