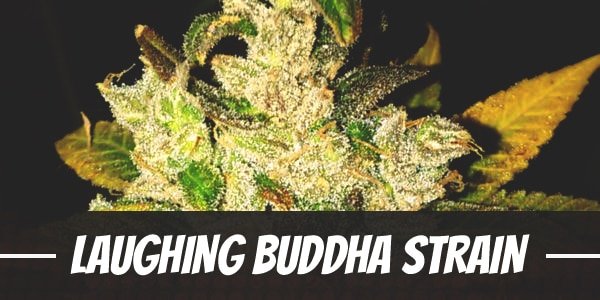 Admittedly, the name of this strain alone is funny enough. It is not the first time, nor the last time that the name of Buddha is associated with something the real Buddha would frown upon. For instance, there was a highly popular bar called Buddha Bar. At any rate, there is something to be said in its name and why it is apt for this hybrid.

One of the things that Buddha teaches is peace and happiness. As cannabis users know, that is one of the top reasons for using weeds. Forget about the medicinal value of marijuana. The reality is that there are far more recreational users than medical users. But that’s not to say that the strain featured here does not have any medical value.

From the name of this weed alone, and the fact that it is a predominantly Sativa strain, we already know what it can do, more or less. For sure, anyone using Laughing Buddha will find themselves doing just that.

Thailand is a Buddhist country. It is likely that because one of its parent strain is from there that inspired the name Buddha. Using a Thai Sativa, the breeder crossed it with another strain from Jamaica. Now, we know Jamaicans love their music. For them, it is all about fun and laughter.

Because that is what Laughing Buddha does to people who use it, how can the breeder not name it as such?

The great thing about Laughing Buddha is that even if it is a mostly Sativa strain, it does not force its way to the users. In other words, it does not overwhelm one with its divine powers. Instead, what one would feel is the sense of relief that builds up to happy feelings. As the mood is uplifted, so does the subtle, but a distinct surge of energy. As a result of this cerebral high, its user now feels more energetic and wanting to do things. In some ways, this is great especially if there are tasks that need to be completed soon.

Laughing Buddha is also a great party strain. Bring some to a social gathering and once everyone has taken some, there are bound to be endless giggles and laughter. Despite the heavy Sativa effect, it is likely to feel clear-headed, unlike some others which cause people to feel spacey.

Laughing Buddha has a pleasant enough scent. Adding to its pleasantness to a typical marijuana odor is a sweet hint and notes of herbs.

As for how it tastes, Laughing Buddha has a strong herbal tone with citrus and pineapple blended in. There is also an aftertaste of roasted peppers during exhalation.

Here is the thing about Laughing Buddha that sort of counteracts all the great benefits it gives. Users of this strain have noted how it seems to cause headaches. While it does not overwhelm the user, this is still a nuisance for some. Aside from that, experiencing dry mouth and eyes is pretty common, not only specifically with this strain but almost all marijuana strains.

Although it is touted to help greatly in managing depression, there are some people who while using this weed may experience an elevated level of anxiousness or paranoia. Unfortunately, this is a cause for concern for some people. At best, people could try it out first to see if they are susceptible. If so, then there are still thousands of other strains to choose from.

It is quite hard to feel upbeat, much less sociable and happy if one is dealing with depression and stress. This is where Laughing Buddha comes in. Among medical cannabis users, the top two reasons for using this hybrid is as an aid in coping with depression, as well as stress relief.

To a little extent, Laughing Buddha may also help in relief from mild pains and aches.

Because one of its effects is to give users a boost in energy, one thing it does is to combat fatigue. Think of it like drinking a cup of espresso to keep awake, while caffeine provides energy.

As its effects start to fade, there is a good chance that users may feel hungry. It is for that reason that those who need a little help in stimulating their appetite choose to use Laughing Buddha.

Growers have a choice of cultivating this plant outdoor or indoor. In either case, it should thrive well. One thing to note is that it takes at least 2 weeks longer than the average marijuana plant before it is ready for harvesting. Even so, the reward at the end is a bountiful harvest. For some growers, laughter comes even before using this weed as they hold plentiful buds with their hands.

Most other strains take around 7 to 8 weeks, but not for Laughing Buddha. Even if it is grown indoor using a great hydroponic set up with adequate grow lights, it will still take at least 10 weeks for flowering. But once it does, expect a yield of 16 to 22 ounces per square meter.

Planting Laughing Buddha a little earlier than usual should be a part of the plan. As noted, it takes longer before it is ready. The best time to pick the buds is during the third to fourth week of October, by which the yield per plant should be over 22 ounces.

Have you ever smoked or grown your own Laughing Buddha? Please let me know what you think about this marijuana strain in the comments below.