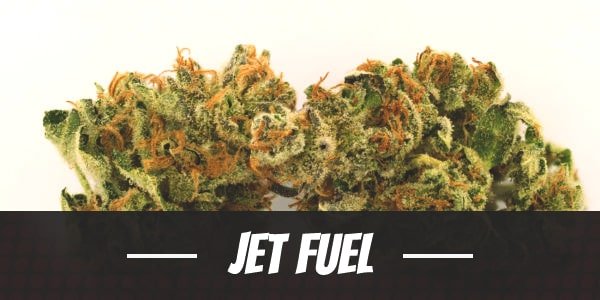 Is it a bird? Is it a plane? No! It’s Jet Fuel! Though you might think of it as a part of an aircraft there’s more than meets the eye. Get fueled up with this strain!

So, what is it with Jet Fuel? Probably, you did not know that it’s also known as G6. Like a G6, Like a G6! Remember that song? This particular strain is called a fuel to fire up your engines and get creative but it also gives you a high amount of energy! And you can now soar the skies without feeling chained down to your couch.

Think of this strain when you hear the song Leaving On A Jet Plane. When Jet Fuel is used, this would possibly unleash the best in you. This could relieve you of the stress you’re feeling while still being able to do the things you want.

Jet Fuel which also known as G6 possesses a dominant Sativa hybrid strain. It is created by crossing Aspen OG and High Country Diesel strains. This goes to show that Jet Fuel really ignites your energy and allows you to relax.

As you have read, it gives energy that could fuel you to run a thousand miles. Not only that it would give you so much energy, but it could also allow you to have a focused relaxation. From working long hours at work, having Jet Fuel in your system could actually allow you to be relaxed while still feel recharged. Well, isn’t that fantastic?

Looking to buy Jet Fuel seeds? My seed bank has a great selection!

This particular strain has a high cerebral effect that could have a high buzzing effect. That feeling could really take you on a trip in an aircraft fueled by a strong fuel that could take you to the stars. The sudden gush of energy won’t render you tired at all. For that boost would give you the right push to have a soothing relaxation that would make you feel like you’re floating. A sense of feeling euphoria and upliftment will leave you super giggly that would make you feel like flying across the skies.

How does this strain smell?

The Jet Fuel has a strong scent. It has been described to have a pungent, skunky and diesel smell. Its smell is quite distinct. A woody odor with skunky diesel smell that may have a strong distinct smell that will surely bring out the diesel, pungent and pine aroma.

Even if there is a strong, distinct smell from this strain it has a distinct taste of earthy, pine and diesel when you exhale it away. Its strong aroma surely compliments with its strong aromatic smell. The taste that it possesses will fuel you to be soar high in the clouds.

To be fueled by this strain, there are consequences that would be felt. Do note that you might feel like soaring the skies, feeling energized and relaxed all at the same time. However, there’s a catch. You may experience dry mouth and dry eyes which could be very frustrating. Nevertheless, with the strains you use, Jet Fuel is worth it.

Well, it is known to be as Sativa-dominant, Jet Fuel brings a rushing cerebral high feeling. Moreover, it does not cause any sedation or even lock you on your couch. Although, it may cause the user to feel more incredibly lazy. Other than that, you may feel a minimal feeling of dizziness or paranoia.

Equipped with the capacity to bring some energy boost, it also brings you a feeling of relaxation. It’s great to use after a long day. On the up side, using Jet Fuel could relieve chronic fatigue which could be related to stress.

There are those hard nights that people would struggle just to have a good night’s sleep. Once you have a hard time sleeping or when you feel insomnia, taking Jet Fuel may help you ease the stress or the pain you may be feeling. Although there may be adverse reactions brought by this strain, it is sure to bring relief and comfort.

Have you wondered how is it to grow this strain?

Jet Fuel could be grown indoors and outdoors. It takes 63-72 day before it blooms which may grow up to six (6) feet indoor and 10 feet outdoor. Growing the Jet Fuel strain may require some experience.

Planting the Jet Fuel could yield about 12 to 14 square meter. The average flowering time for this particular strain would take around 63-72 days which is about 9-10 weeks.

Letting Jet Fuel grow outdoors could produce the same amount as it is grown indoors. It could produce around 14 ounces or more per plant. The flowering time for the Jet Fuel would require 63-72 days. You may harvest around October.

Have you ever smoked or grown your own Jet Fuel? Please let me know what you think about this marijuana strain in the comments below.