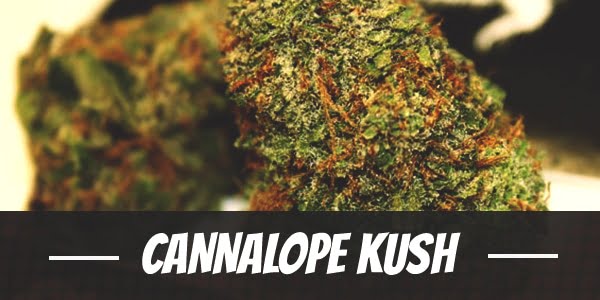 Sometimes we have to take a step back and appreciate the cannabis community. Not only that, but we also have to applaud the efforts of the breeders. Instead of picking from only a few strains, we now thousands of strains to choose from. Whatever it is that we want or do not want in cannabis, there is always the right strain that is everything we want it to be.

In some ways, it is easy to compare strains to human cells where one became two, then two became four, and so on. As one strain is born, it inherits the DNA of its parents, as well as pass it on to others.

Of course, the breeders will always create strains that take the best traits of its parents. Take for instance the Cannalope Kush strain. It inherited the Sativa effects of one of its parents while taking the fragrance and taste of the other. In essence, the strain is the better version of its parents. As a result, marijuana users are the winners because of its availability.

Cannalope Kush comes from a great line of strains. One of its parents is OG No. 18, one of the phenotypes of the legendary OG Kush. This strain is popular for its intense and deep relaxation with sedative-like properties.

From OG No. 18, Cannalope Kush inherited its Indica side. But its dominant Sativa side is a result of the other parent – Cannalope Haze. Besides the cerebral effects, it also inherited its tropical fragrance and fruity taste.

The breeder of Cannalope Kush is DNA Genetics. It is also called Momma Kush (or Mama Kush) in Northern California.

Cannalope Kush delivers an intense cerebral high that on its onset can uplift moods. Users not only feel good or happier, but most tend to feel euphoric. The buzzing mental high does not cause psychedelic effects, though. Instead, most users not only feel clear-headed but also more focused. As such, some people use it before engaging in any upbeat activities.

To understand how Cannalope Kush feels, think of the times when there was an imminent danger. The body starts to produce adrenaline and in turn, the body tenses while the mind focuses on eliminating the threat. In some ways, the mental high users feel is the same in that the strain induces the ability to focus. But rather than the muscles and body tightening, the Indica side of the strain creeps in to ease tensions.

As the physical high sets in, it also stabilizes the mental high. Instead of continuing to intensify, the mind remains clear and focused while the body relaxes. Instead of going out of control, users remain happy or elated without psychotic thoughts.

Cannalope Haze retains the classic scent of OG Kush with a new twist. It has a distinct blend of sweet, earthy and woody scents with a hint of citrus.

While its scent is reminiscent of its OG Kush lineage, its taste is more on the side of Cannalope Haze. The tropical taste is a blend of pine and especially citrus that is evident during exhalation.

If there is one negative reaction to the use of Cannalope Kush, then it is having dry mouth. In some instances, this may also be accompanied by dry eyes. It can happen especially if the user is dehydrated or has smoked too much.

The negative reactions, as mentioned, do not cause long-term health concerns. If some do occur, they are more annoyances rather than anything else that is serious.

One of the reasons that make Cannalope Kush valuable to the medical marijuana users is its medicinal benefits. On top of the list, the strain is mostly used to help manage depression. As such, it is also useful in reducing stress. Mostly, this is due to the mental high where the strain uplifts the mood while the physical high helps the body relax.

The sedative-like properties of its Indica side can also help in pain-relief, especially those with mild cases. Although anecdotal, most cannabis users agree that the use of marijuana does help and is especially helpful for those with serious illnesses.

There are other benefits as a result of using Cannalope Haze. One of them is in sleeping. After an intense high, as the effects subside, most users may feel drowsy. As such, this strain is great for use not only during the day but also at the end of the day when there are no more activities or things to do.

Growers have a choice of growing Cannalope Kush outdoor or indoor. About the only thing that it needs is an environment that is similar to the Mediterranean. In an indoor setting, it will thrive on hydroponics, but unlike most strains, this one seems to do better when planted using soil as a medium.

Under a controlled environment, Cannalope Haze does grow faster than when it is planted outdoor. In around 8 to 9 weeks, the plant should yield around 17 to 21 ounces per square meter.

If it is allowed and there is an outdoor area available to growers, then Cannalope Haze is a great strain to cultivate. By the time that it is ready for harvest at the end of September to the first two weeks of October, each plant can yield around 21 to 28 ounces.

Have you ever smoked or grown your own Cannalope Kush? Please let me know what you think about this marijuana strain in the comments below.