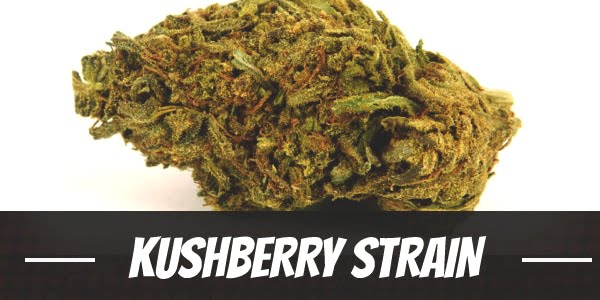 The marijuana that is available for public consumption are hybrids, most of them are, at least. In most cases, also, they are a combination of Sativa and Indica.

Before continuing with Kushberry strain, think about this for a moment.

So, what happens when a breeder crosses some of the most potent Sativa and Indica strains?

The answer is simple.

A new hybrid is born. It is one that takes the best of both worlds and has a seamless blending of mental and physical effects. Not only does this strain have incredible effects, but it would also go by the name Kushberry.

Kushberry, also called Kush Berry or Berry Kush, comes from two legendary strains. One is Blueberry, the 2000 High Times Cannabis Cup winner for best Indica. Another is OG Kush, another strain that has made its mark in the cannabis community. In fact, it has participated and won some awards. One of its claim to fame is bagging the 2008 Spannabis Cup.

As an offspring, Kushberry has inherited the heavy hitting effects of its parents. Unlike its parents, this strain is not likely to glue users to their couches. In other words, users get to experience its fantastic effects without some unwanted effects. For instance, it does not lead to couch-lock or induces psychedelic effects.

Kushberry inherited its powerful Sativa effects from OG Kush. As such, during its onset, users feel uplifted, happy and euphoric. The buzzing cerebral high may feel overwhelming. Even so, most people do not end up with a numbing narcotic high.

If the potent onset seems intense, then be ready for what is to come next. Kushberry has a dominant 70% Indica side that will deliver a more intense physical high. Apparently, this comes from the genetics of Blueberry. As the relaxing sensation washes over the body, it balances out the effects of the mental high. It is this seamless blend of both the mental and physical effects that makes this strain one of the best.

For recreational users, it is going to be difficult to find another hybrid that can deliver the same experience as this strain. Here is the thing about Kushberry – the best is yet to come as it is also a big hit among the medical marijuana users.

One thing that the strain is not recognized for is its scent. It emits a sweet odor that is dominated by a dank and earthy smell. At the same time, an herbal tone blends into its fragrance with a strong hint of blueberry.

Although Kushberry inherited the scent of OG Kush to blend it with Blueberry, that scent does not carry over to its taste so much. In fact, the smooth smoke has a dominant blueberry flavor that makes it such a delight to smokers.

Some of the best strains in the world still come with a few negative reactions and Kushberry is no exemption. Depending on the dosage and how adapted users are to marijuana, some people are likely to feel their throat and eyes drying.

In many cases, too, users may feel a slight dizziness, and this is due to the intense rush of its effects.

There are a couple of other reactions that are worth mentioning but do not occur often. Some people may have a mild headache while a few others may feel a tad bit more paranoid. There is nothing much to worry about here, though. In both instances, they are temporary and should be gone within the hour.

The incredible ability of Kushberry in inducing physical relaxation plus the uplifting effects it gives is one reason why medical cannabis users use this strain to deal with stress. At the same time, the same high also become beneficial in easing away the symptoms of pains and aches.

Two things also happen as a result of using Kushberry.

One is that there are users who feel hungry. As such, it becomes beneficial to those with eating disorders.

Another effect it has as its effects start to slow down and subside is feeling drowsy and sleepy. If there are more things to do, then this may be a problem. But if it is used in the evening, then it helps people sleep better. Insomniacs should also find it useful as they find ways to have a regular sleep-wake cycle.

Cultivating the Kushberry plant is not that difficult, but some experience will help. It grows in a Mediterranean climate outdoor, as well as thrive indoor. Of course, the best way to grow this plant is to use hydroponics. Even better, this can be combined with the Sea of Green technique. As a result, the plant grows faster and produces more yield.

Kushberry forms a dense central kola with a lot of glittering trichomes. Because it is short and stocky, it seems there is no need to support its stems.

From what we could gather, it appears that Kushberry will grow using soil as a medium in an indoor setting. Having said that, we do prefer using hydroponics as it leads to a more explosive growth, not to mention, a shorter flowering time. At an average of 8 to 9 weeks, the fast maturity of the plant will result in a modest harvest of around 14 to 18 ounces per square meter.

In areas where it is legal to grow marijuana, Kushberry has no trouble so as long as the climate is like that of the Mediterranean. The best time to harvest the plant is during the third to the last week of October. Each plant should at least have a yield of 18 ounces or more.

What is the Kushberry strain yield?

Kushberry yields 14 to 18 ounces per square meter indoors and 18 ounces or more per plant outdoors.

How much THC does Kushberry have?

What are the origins of the Kushberry strain?

Kushberry was created from a mix between OG Kush and Blueberry.

Have you ever smoked or grown your own Kushberry? Please let me know what you think about this marijuana strain in the comments below.