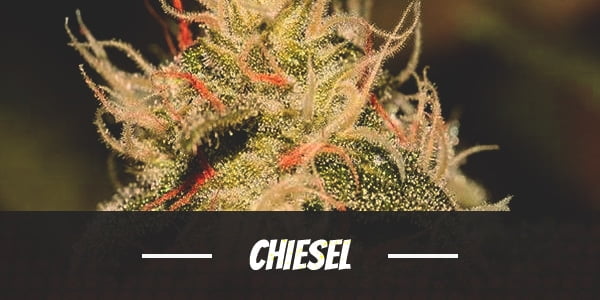 When people say “the apple doesn’t fall from the tree”, everyone else would immediately have certain expectations from a child based on what they know about that child’s parents.

The same is true in breeding marijuana. The initial goal of breeding certain varieties of cannabis is to hopefully bring out the best qualities of two individual strains and develop a new one that will reflect those qualities.

So, what does one get from crossing two award-winning cannabis strains?

Naturally, the child strain should embody what its parents are individually known for.

Sometimes, depending on what specific qualities the breeder intends to highlight, these attributes can range from the color of its buds, the degree of its potency, the strength of its high or those unique flavors and aroma that are distinctive only to a certain lineage.

To give a more concrete example, let us look into one particular cannabis variety that descended from two of the most highly recognized strains in the world of cannabis.

This strain has evidently inherited its parent’s strong and rich aroma and flavors that are accompanied by strong yet well-balanced high. This strain is known as the Chiesel.

The Chiesel strain is said to be a result of crossing two award-winning strains, the Big Buddha and the NYC Diesel.

It was in 2008 when the strain was first made available for public consumption and for growing purposes.

The name Chiesel is obviously a play on words derived from the names of its parent strains: Cheese and Diesel. Thus, the name Chiesel.

Chiesel’s 60:40 content ratio of Sativa to Indica offers its users with a potent and well-balanced high.

Although considering its dominant Sativa concentration, it is more likely for users to experience the much apparent cerebral effects especially those with a significantly low tolerance to a strong head high.

The strain’s upshot is very cerebral yet functional. The uplifting and euphoric qualities of Chiesel also tend to lead users into a much happier and sociable mood that further induce occasional giggles.

These effects make the strain a perfect treat during social gatherings to stimulate a user’s outgoing personality.

Chiesel’s body buzz, on the other hand, is mostly relaxing with body-numbing tendencies.

However, in higher doses, the strain can generate a sense of deep relaxation that may often lead to couch lock. So, it is always smarter to determined one’s level tolerance beforehand.

Judging by the mental and physical high of Chiesel, we can say that the strain is good for both daytime and night time use.

Furthermore, with THC levels that do not exceed 18%, Chiesel is also a safe choice for first-time smokers.

Given the distinct aromas of NYC Diesel and Big Buddha Cheese, it is not surprising to know that Chiesel has the same pungent smell of cheese and diesel that ultimately produces a combination of the classic skunk and citrus scents of the two equally aromatic parents.

To wit, it boasts of a combination of diesel and cheese flavors with a tinge of citrus that becomes more evident when the strain is smoked.

This interesting mixture surely brings a unique experience to any user who is a fan of either of the parent strains.

The fact that no strain can ever go without the slightest possibility of causing any form of adverse reaction leads to the discussion about this particular strain’s negative side-effects.

Having dry mouth is apparently a popular issue among Chiesel smokers.

Some of them might even experience dry eyes simultaneously.

Other known adverse reactions such as anxiety, dizziness, and headaches are also possible but less likely.

Perhaps these are just minor reactions to the powerful Sativa content of the strain.

The well-balanced high of the Chiesel strain allows users to take advantage of both its physical and cerebral effects to alleviate certain health conditions.

To wit, its uplifting energy can be an effective anti-depressant and stress-relieving alternative to elevate a user’s mood.

The head buzz may also be beneficial in improving mood swings and in stimulating poor appetite.

Chiesel’s relaxing physical high, however, is helpful in terms of relieving fatigue, chronic pain, muscle spasms and symptoms of fibromyalgia by effectively calming the body.

Cheisel is ideally grown indoors using a soil medium or in a hydroponics setup.

The strain also prefers a generous amount of nutrient feeding. However, outdoor cultivation can also be possible given that the strain is planted under warm temperatures or in a sunny climate.

The strain requires some level of experience for successful cultivation.

Nonetheless, growers should be motivated by the fact that Chiesel has a great potential of producing a bountiful harvest when grown properly under the best conditions.

As for the flowering time of Chiesel indoors, growers may need around 9 to 10 weeks before one can start harvesting the strain.

Under optimum conditions, the expected indoor yield should be around 16 to ounces per square meter.

Now, provided that the outdoor cultivation is also properly done, harvest time should be around late October. This will further result in a

Have you ever smoked or grown your own Chiesel? Please let me know what you think about this marijuana strain in the comments below.