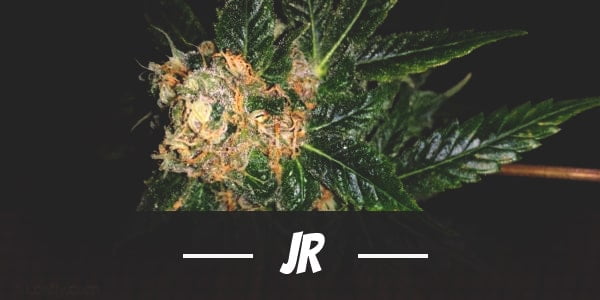 Some strains have a clear history–meaning, you would know exactly where they come from or at least what they are made of by simply browsing through Google for answers.

However, some strains leave both their loyal and potential users baffled about their origin. That being said, there are those strains out there with a backstory that remains to be unverified.

Now, the question is: Would you try something that holds such mystery?

Most often than not, anything mysterious naturally encourages curiosity. Therefore, the answer to that question will most likely be a YES. So, if you are up for the challenge, here is one strain you should learn about.

Jager Meister, otherwise known as JR or Jgr to a large part of the cannabis community, is one strain with a mysterious origin.

The most common theory about its history involves two parent strains: the LA Confidential and another hybrid called Blue Dream. However, other self-proclaimed experts would argue that the strain’s origin could also be traced back to the Hindu Kush genealogy.

Both theories are supported by the obvious characteristics of the JR strain such as its aroma, effects and appearance. Apparently, these can all be attributed to the other strains mentioned above.

Either way, there is one thing about this strain that everyone can agree on. It is the fact that the JR strain is named after a dark alcoholic beverage from Germany and that it is definitely living up to that title.

With a THC level of 17% to 23%, JR is undeniably a highly potent strain. Little may be known about its genetics, but the reality is that people are actually more interested in what a strain can offer than where it came from. That being said, the strength of JR can definitely overshadow its questionable origin–in a good way, of course.

With an 80% Indica content, users should expect an intense physical high that can be described as relaxing rather than sedating.

This Indica effect may not be felt immediately on the onset. But, as soon as it hits you, it definitely hits you hard. The buzz will start from the back of your eyes which will slowly run through your neck, shoulders and ultimately, your back.

Aside from its physical high, this strain’s cerebral effect can’t also go unnoticed.

In fact, it has the tendency to affect your sense of reality–something that beginners should consider before trying this one out. Users may find themselves a bit spacey or in sense of introspection, but will also have fleeting emotions happiness, euphoria and generally, an uplifted mood.

Overall, the users will feel so relaxed, but with a less possibility of being left locked on the couch. The Sativa content of the JR strain will energize you just enough to keep you on your toes.

Based on this strain’s known physical and cerebral effects, it can be considered as safe to use either in the afternoon or at night given that all precautions are observed by the user.

The fragrance of the JR strain can be described as earthy and woody with a hint of black licorice, lemon and pine.

As its aroma would suggest, the taste of the JR strain will also remind you of an earthy lemon and pine taste.

Some users claim that as you exhale the smoke, the taste of licorice becomes more prominent and can sometimes give off an intense sweet flavor.

Just like any cannabis in the market, the JR strain’s adverse reactions also include mild cases of dry eyes and dry mouth with a slight possibility of dizziness, anxiety, headache and even paranoia.

As you notice, these are all mild cases. However, it does not imply that users can take more than what is recommended as a safe amount.

The CBD level of the JR strain is not relatively impressive at 0.5%. However, some of the widely accepted medical advantages of this strain can include its ability to alleviate chronic pain, muscle spasms, tremors, migraine, premenstrual syndrome and inflammation.

It is also know to be helpful in dealing with stress, depression, anxiety, insomnia and poor appetite.

Considering the fact that this strain is quite unfamiliar in terms of its genetics, it is not surprising at all that not a lot of information about its recommended growing process can be found on the internet or anywhere else.

Fortunately, the patchy data it has all over the web leads us to believe that the JR strain can possibly be cultivated both indoors and outdoors.

Aside from that, everything else about its cultivation information could just be a wild-guess or a close estimation.

Luckily, we are able to find the information on JR strain’s flowering time indoors. This stage can take up to 8 weeks and will most likely produce an indoor yield of 14 ounces per square meter.

Unfortunately, there are no available information as to the flowering time of the JR strain’s outdoor cultivation. However, it is said that an outdoor yield can reach 18 ounces or more per plant.

Have you ever smoked or grown your own JR? Please let me know what you think about this marijuana strain in the comments below.