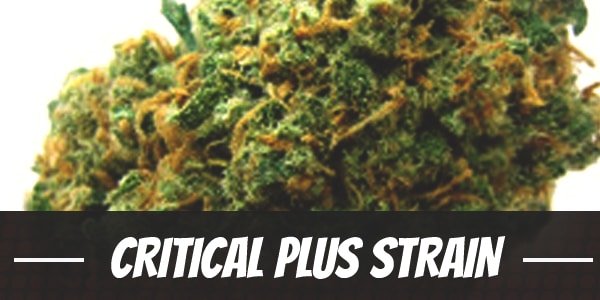 Apparently, cannabis strains can come from anywhere and can cross borders just like that without the rest of the world knowing they even existed, in the first place, until they come across at least one of them.

The cannabis community has all the breeders and growers to thank for regarding how these strains have evolved over the years and how they have brought about enjoyment and relief to all their users. At the same time, they are the people responsible for bringing in and making the strains accessible for public consumption.

This appreciation is clearly manifested in how the entire cannabis community have recognized a significant number of strains for their superb quality. As a result, these award-winning strains have gained the respect of users and breeders alike not just in their country of origin, but even abroad.

The popular Spanish hybrid called Critical Plus is a concrete example of an award-winning strain that has gained a significant amount of following in a foreign land. Read on to get to know more about this strain.

Critical Plus or simply Critical + is a Spanish hybrid developed by Dinafem Seeds in Spain. The breeding of Big Bud and Skunk No. 1 strains produced a well-balanced and award-winning hybrid out of Critical Plus.

The strain fist hit the spotlight in 2005 when it won the first Highlife Cup in Barcelona. Since then, the strain has gained popularity in the US, specifically in the Pacific Northwest and Desert Southwest. Critical Plus is not easy to find though. The strain is rather more accessible in dispensaries in states where medical marijuana is legal.

Critical Plus is well-known for its equal proportions of Indica and Sativa concentrations, making the strain one of the most balanced hybrids to date. On top of that, Critical Plus is a proud descendant of the infamous Big Bud and Skunk strains which have greatly influenced its overall profile.

With THC levels reaching as high as 23%, Critical Plus is ideal for experienced users who are more likely capable of handling its potent high. At the onset, the Skunk lineage of Critical Plus comes out as users feel an intense euphoric buzz that puts users in an uplifted mood coupled with creative thoughts and an improved focus.

The strain’s physical high, on the other hand, is rather relaxing–a quality that is most likely inherited from its Big Bud parent. Critical Plus’ body buzz is mild and calming that does not have any couch lock tendencies.

Considering both the physical and cerebral high of Critical Plus, we can easily tell that the strain is best enjoyed in the afternoon or at night alone or with friends.

The scent of Critical Plus is reminiscent of both its parent strains. Citrus and zesty aromas are more prominent at the beginning which is then accompanied by strong notes of pungent wood and pine. This earthy undertone becomes more evident as the strain is burned.

Overall, Critical Plus offers a strong and distinct aroma that is mostly appreciated among experienced users.

Some would say that the flavor of Critical Plus is more of an acquired taste. Nonetheless, it is delightful enough to experienced users who enjoy strains with strong flavors. To be more specific, it has the same lemon tinge that slowly turns into a chemical-like tang.

Surprisingly, Critical Plus does not cause severe side effects compared to other strains with similar potency. It is more likely to result in dry mouth and dry eyes but the rest of the commonly reported adverse reactions of cannabis, in general, are less likely to manifest.

Users may experience headaches, paranoia, and anxiety but in milder cases and perhaps are only felt by inexperienced users.

Apparently, Critical Plus is not only popular among recreational users but even among medical marijuana users. This is because the strain is still capable of providing some form of symptom relief among patients suffering from various health issues regardless of it not being entirely CBD-rich.

For one, its powerful euphoric high can effectively boost a user’s mood which can further help them deal with stress and depression. Consequently, the relaxing and somewhat analgesic properties of Critical Plus is a great pain-reliever alternative for those patients suffering from mild or chronic pain caused by fibromyalgia, headaches, cramps and the like.

Critical Plus can be cultivated either indoor or outdoor. However, the strong aroma of the strain must be taken into consideration when choosing a cultivation method.

If grown indoors, it is best to equip a grow tent or a grow room with carbon filters that will rid the entire space of all the unnecessary build-up of the strain’s strong aroma.

As for its outdoor cultivation, it would be ideal to grow the plant in areas where there are no nosy neighbors who can potentially be disrupted by the strain’s aroma. In that case, prospective growers must also see to it that the plant is cultivated under a tropical or Mediterranean climate.

The indoor cultivation of Critical Plus will have a flowering time of 45 to 50 days and can produce an impressive yield of about 22 ounces per square meter.

If cultivated in the right conditions, the buds of Critical Plus may be harvested in early October with an expected yield of 45 ounces per plant.

FAQ About Critical Plus Strain

What is the Critical Plus strain yield?

How much THC does Critical Plus have?

What are the origins of the Critical Plus strain?

Critical Plus was created from a mix between Big Bud and Skunk No. 1

Have you ever smoked or grown your own Critical Plus? Please let me know what you think about this marijuana strain in the comments below.

2 comments on “Critical Plus Strain”