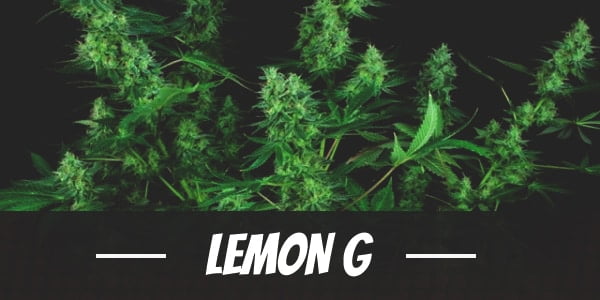 For most people, the pride of Ohio has to be LeBron James. After all, the king did deliver one championship to Cleveland. But for the marijuana users’ community, the real king of Ohio has to be the Lemon G strain.

There are many Sativa dominant strains out there that can deliver a thrilling mental experience. Even so, not a lot of strains out there can match the Lemon G in that it overwhelms users but not one to leave them in a couch-lock.

First of all, let us get something out of the way. There is another strain that goes by the same name. That strain is a cross between Gorilla Glue No. 4 and Kobain Kush. But this is not the same as the hybrid we are talking about in this article.

The consensus on Lemon G is that it is an offspring (or daughter) of G13. As for its other parent, no one knows. Some say it could be Love Potion No. 1 while others may say it is Lemon Skunk. Still, there are some who say it could have originated from Columbia.

As for the G13, it also has an interesting backstory. Legend has it that in the 60s, the US FBI, CIA, or some super-secret government agency had collected all the best strains in the world. At the University of Mississippi, they bred many super hybrids. Whatever reason they are doing that, who is to know? But the story goes on to say that one technician managed to smuggle a single strain out of the secret facility. It was then bred and came to be known as G13.

No one believes that myth, but then again, the government did fund projects in the 60s that involved mind reading and alterations.

Lemon G, depending on the source, has a THC in the range of 15% to 23%. In other words, it can have an average potency, or it could be intense. It is for that reason that users do have to choose where they buy.

At its best, Lemon G delivers a crushing mental high that instantaneously uplifts the spirit of the users. Trying to stay timid or ignoring the surging sensation is an exercise in futility. Within minutes, users start to feel not only happy but also euphoric.

At times, the mental high may feel like buzzing, but it is not the kind that renders one spacey or stoned. In fact, most users now also have a clearer head and along with it, an uncanny ability to think. For some, the cerebral high is also accompanied by a boost in energy.

Along with the mental high, the physical body high soon creeps in. It is likely because of it that the intense cerebral high does not progress to deliver narcotic like effects. Instead, the less dominant Indica side of Lemon G brings users to a state of relaxation. And the best part of it all is that it does not usually leave users locked on the couch.

When it comes to its scent, as one user describes it, it is not special, but the hint of citrusy lemon makes it pleasant enough. For some other people, its scent may remind them of Pine-Sol.

If Pine-Sol does not come to mind while smelling it, its taste is likely going to do that. Lemon G has a sweet chemical or fuel taste with a hint of lemon. It does have a subtle herbal tone that makes it weird but delicious. During inhalation and exhalation, the strain also has a spicy taste.

Exceptional strains should not come with negative reactions, but the fact is that the use of marijuana always results in some. Among the most common reaction is feeling the throat and eyes dry. Other than that, there is not a lot of other concerns.

It is nice to know, though, that there are instances when some users may feel a little dizzy or have a mild headache. Also, there are some who may feel a bit more paranoid. In these cases, it is most likely a result of using too much.

Lemon G is a deceptively potent strain. What we mean by this is that its intensity appears to be more than what its THC level suggests.

A strain that can deliver an exceptional ability to uplift the spirit and induce happiness, then it follows that it should be great at reducing stress. Indeed, that is one of the most common uses of this strain among the medical marijuana users. Besides stress, it is also great at helping people with PTSD or depression.

Another benefit of using Lemon G is in its uncanny ability to reduce the symptoms of chronic pains and aches. Its ability to take the mind away from focusing on illnesses, as well as the relaxing effects of its Indica side, colludes to do just that. Furthermore, it also has a mild analgesic property. As such, this strain is especially beneficial to patients with severe illnesses.

On growing Lemon G, we are a little bit at a loss here. It appears that seeds may have been available, but as far as we can gather, it seems to be clone only for now. It can grow outdoor or indoor, but some people suggest that the best way to achieve its full potential is in an outdoor environment.

From reliable sources, Lemon G has a flowering time of 9 to 11 weeks. It does not appear to be too complicated to grow indoor. At any rate, our best estimate is that its yield per square meter is around 8 to 12 ounces.

A safe assumption here is that it thrives in a warm climate, one that is the same as the Mediterranean. Each plant should be ready for harvest by October, probably mid-month, and yield 12 ounces or more.

Have you ever smoked or grown your own Lemon G? Please let me know what you think about this marijuana strain in the comments below.