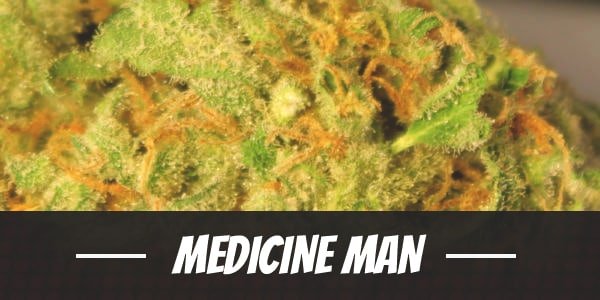 In ancient times, it is common for a small community to have a medicine man. If someone gets sick, the medicine man would perform rituals to appease the gods. In that way, the sick get cured. Now, having a strain called as Medicine Man does not mean it is a cure. As a matter of fact, therapeutic claims are against the law.

The use of marijuana, though, comes with benefits. At this point though, many of these benefits are more anecdotal. Even so, there must be some truth in it, right? At any rate, many of the medical benefits are a result of the common psychoactive effects it induces. Besides its medicinal benefits, the Medicine Man also delivers a great blend of mental and physical effects for recreational marijuana users.

Medicine Man comes from distinguished lines that have parented countless other strains. Even if two of the three parents – South American and South Indian – are both Sativa strains, the Afghani Indica strain seems to have the most influence. As such, this strain comes with around 80% Indica.

Even with a small Sativa side, it still is enough to exert amazing cerebral effects.

At only 20% Sativa, the Medicine Man strain still packs a punch when it comes to cerebral effects. In other words, this is a very potent strain that can overwhelm beginners and novice users. At its onset, it delivers a mental high that manifests itself as users start to feel their head clearing. Even better, it seems to increase the ability of users to focus. A lot of people also report that they are able to think better after using this strain.

As the physical high kicks in, users now start to feel the tensions in their body vanishing. In its place, a new sense of relaxation takes over. At the same time, this makes users feel good and happier. As the worries in the minds start to fade away, most users also find themselves chattier. Some also feel euphoric, but rather than going into a hyperactive mode, the sedative-like properties of the Medicine Man strain actually makes them feel lazy.

Unless one were to use too much, this strain is not likely to lead to a couch-lock. Of course, one the tolerance limit is exceeded, then its effects become a numbing physical high.

The Medicine Man may have forgotten to take a shower. Also, in ancient times, they do not have a concept of using soap, right? So, in some ways, our strain is the same because of its sour and skunky odor. Fortunately, this is the same odor that actually makes marijuana smell good. Add to it, too, a fruity blend of diesel.

Having a pleasant enough fragrance, the Medicine Man also proves to have delightful flavors. Its fragrance carries over mildly, but the distinct taste of tropical citrus is more pronounced. Adding to its great flavor is the lingering aftertaste of berry.

As to be expected with the use of the Medicine Man strain, users will experience dry mouth and eyes. Also, there are instances when some users actually feel a little more paranoid. The best way to avoid these negative reactions is to use only a small amount.

In the medical cannabis community, the Medicine Man is known to work well in reducing stress. Of course, it is due to its mental high uplifting moods while its physical hit induces relaxation.

For some others, they also find this strain useful in dealing with minor pains and aches, including headaches. Keep in mind, though, that this strain can also cause a headache if too much is used, or the user is dehydrated.

Finally, another of its medical benefits is also due to its sedative-like effects, which makes it effective in dealing with inflammations.

The Medicine Man is not the easiest strain to grow but with a little practice, even those with little experience should have no trouble. It can grow outdoor, indoor, and greenhouse.

In an outdoor environment, this plant can grow a little tall. Under sunlight, growers report that the buds will have stronger resins. As for indoor, this plant will be more compact and still produce quite a bit of resin.

A great way of maximizing the plant is to combine the Screen of Green technique with hydroponics. Doing so not only reduces its flowering time, it may also improve the quality of its buds. Speaking of reducing flowering time, maturity can be as early as 7 weeks.

Indoors
The consensus for most growers is that the Medicine Man reaches maturity at around 8 weeks. It does have a better than average yield, which no doubt, will thrill growers. Under the right conditions, each square meter under 600 watts of grow light can have as much as 21 ounces.

Outdoors
Growing the Medicine Man outdoor, it is best to have a climate that is the same as the Mediterranean. Under this condition, each plant can have around 16 to 21 ounces yield per plant. 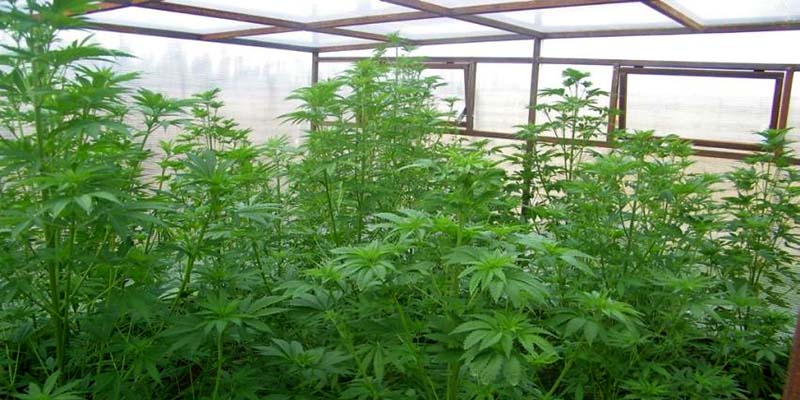