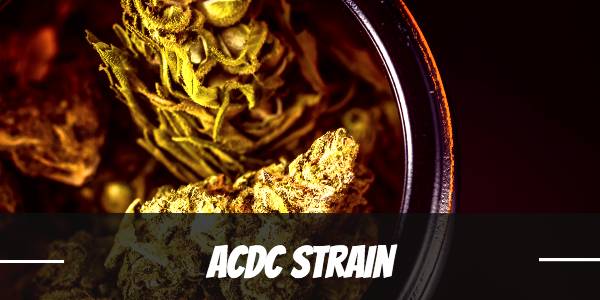 There is a reason why the ACDC strain has won a numerous Cannabis Cup awards, and it is definitely not because of music. This strain is unique in the sense that it has a high CBD level with low THC level. Although it is a balanced cross between Ruderalis and Cannatonic, Sativa seems to be a little more dominant.

Because of the low THC level, ACDC almost has no psychoactive effect. But the flipside of this is that with an extremely high CBD level, it is perfectly suitable for medical use. In fact, ACDC belongs to a rare breed of strain that is more intended for patients suffering from different diseases.

ACDC is a 50/50 Sativa-Indica phenotype of Cannatonic and Ruderalis that was bred by Resin Seeds.

Even if this strain is a balanced cross between Indica and Sativa, it seems to lean towards the latter. As such, instead of the more common rush of cerebral high, the effect of ACDC can be described as more of whole body relaxation. Some smokers have reported that they feel more able to focus on working after using ACDC.

The THC level may be low, but on a smaller scale compared to most other strains, ACDC can uplift one’s mood resulting in a positive feeling. It does have an analgesic effect and could induce a clear head, which explains why smokers of this strain could focus better.

Due to feeling relaxed with just the right amount of euphoria, ACDC could also influence you to feel more social. Don’t worry, it is not as extreme as rocking your friends much like the heavy metal band.

Even with all the values that it gives in medical use, cannabis has to smell good, right? ACDC does not fail here as it does have a pleasant smell that can be described as sweet citrus with an earthy undertone.

ACDC taste like how it smells, which for some is strange but nevertheless, pleasing to the taste buds. It has a mix aftertaste skunk, sweet and peppery with hints of pine, but for some, woody.

Like almost, if not all cannabis strains, you will need to drink water to keep yourself hydrated. That is because one adverse reaction of using ACDC is that it may leave your mouth dry.

But once you start to smoke too much, the other adverse reactions may start to manifest and that includes having dry eyes, dizziness, and headache. Also, excessive smoking may also add to anxiety, which defeats the purpose of this strain in as far as being used as a medical cannabis to ease anxiety levels.

Because of the low THC levels, recreational smokers may opt to pass up on the ACDC strain. But for those who have medical conditions, the high CBD levels offer a measure of comfort. This strain is popular for alleviating the symptoms of chronic pains, reducing stress and anxiety.

ACDC, with the high CBD level, is a potent anxiolytic which makes it beneficial to managing depression, as well as PTSD. While there are other strains that have been shown to help deal with psychiatric disorders, ACDC is the rare strain that may help in severe cases.

ACDC is also a strain that may work well for those with epilepsy. This is based on a study done by Langone Comprehensive Epilepsy Center, New York University. Here, researchers studied an agent called Epidiolex, which contains a preparation of CBD. The results showed that the drug was not only well-tolerated and effective, it was also safe.

We don’t currently sell ACDC seeds. Check out other hybrid seeds in our marijuana seed bank.

Besides helping the people with epilepsy control seizures, there are also those suffering from cancer, multiple sclerosis, tumors, and Parkinson’s tremors who have found a good use of ACDC for pain relief.

ACDC is a rare type of strain with a high CBD content, and it is one of the top cannabis strains for medical use. It is suitable for use anytime of the day. But used in the evening, it may also help in promoting a better sleep quality.

Download our free Grow Bible and grow your own ACDC !

ACDC can be grown both indoors and outdoors with green buds that are tight but fluffy and covered with some orange hairs. This is a bushy plant that could grow up to 4 feet with feathery leaves. ACDC also needs a platform to brace itself so be sure to have something you could use to propping as it grows.

Growing ACDC is not easy as you will need to put in a little more work than compared to other strains. For instance, you would need to shake it a little or use a fan. Give it a little stress as it grows to make the strain work better.

Another thing you should do is to supplement it with minerals, most especially magnesium and calcium.

ACDC plant is not resistant to pests, so you will have to watch out for that, as well.

ACDC can be grown indoors with flowering time expected between 65 to 72 days. You could expect an average yield of up to 14oz/m2.

Grown outdoors, the flowering time for ACDC could take around 9 to 10 weeks. In colder climates, this may take a little more time. Typically, the harvest is done in mid-October with a slightly higher yield than indoors. To increase the yield, follow the recommendation on supplementing the plant.

What is the ACDC strain yield?

How much THC does ACDC have?

ACDC’s THC contents are very low at less than 1%, but the CBD content of this strain is higher than the average strain, and is typically around 15%.

What are the origins of the ACDC strain?

ACDC was bred by Resin Seeds as a special phenotype of the Cannatonic strain.

Have you ever smoked or grown your own ACDC? Please let me know what you think about this marijuana strain in the comments below. 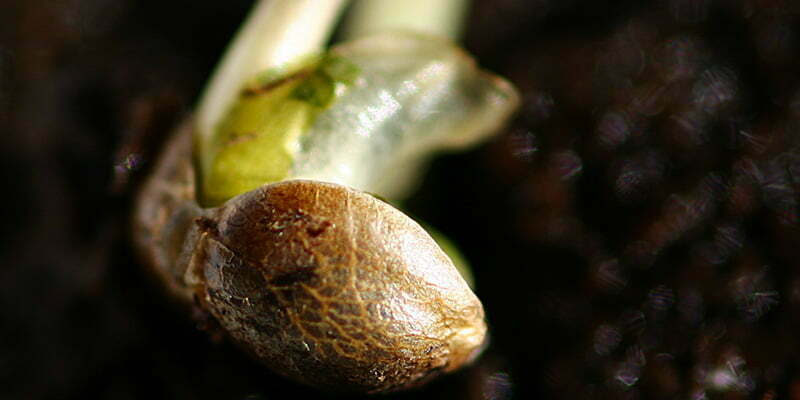 Just finished a grow under 1000w full spectrum leds. Not sure I’d grow this one again because I live in a small unit and this was a closet grow. I went away one weekend and when I returned the plant was touching the lights. It grows 4-6 feet tall with topping but without lst although I had no pest problems and didn’t seem to require a lot of nutrient tlc