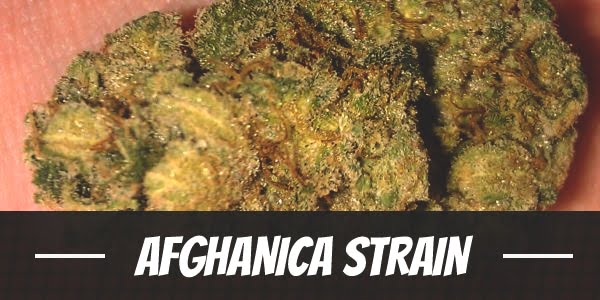 Not too long ago, Las Vegas dispensaries opened their doors to customers.

Now people can buy marijuana, but they use it in the privacy of their home.

The city of lights or the city of sin, depending on perspective, is yet another city to allow cannabis sales.

For a long time, marijuana has received bad raps.

Some of it may very well be true, as the bad reputation must have stemmed from some truths.

As a result, people, in general, ignore the potential of  cannabis. Most fail to see its benefits.

Some people like the mental alertness it brings, or the surge of energy that fills their body.

Others may prefer the incredible relaxation they feel, an effect induced by Afghanica.

Nowadays, among the first things that come to mind about Afghanistan, is the Taliban.

We can thank the news media for that as that is all they are reporting.

But ask any cannabis user what their thoughts are. Almost everyone would speak about the landrace strains in that region.

Of the different varieties of strain there, one of them is now called Afghani No. 1.

So, what is unique about this strain?

For one, it is one of the best Indicas in the world. Another is that it is the parent strain of Afghanica.

As such, the offspring inherited many of her incredible traits.

By the way, Afghanica is also called by another name – Kabul Baba.

Being a pure Indica, and a potent one at that, its effects are on the whole body.

As some people would say, the experience it delivers is incomparable.

In other words, it is almost impossible to find another pure Indica strain that has the exceptional qualities of Afghanica.

One thing we should point out early is that as wonderful as the strain is, it is also tough to handle.

We will explain this in more details in a while.

Suffice to say; we advise beginners to take it easy, or better yet, use another strain that is less potent.

Not too long after using it, the intense effects of Afghanica starts to hit the body.

This is one of the fundamental differences between this strain and others.

There are many pure Indica strains which also deliver a Sativa-like mental high.

Afghanica does not have that trait at all. Instead, as the body high intensifies, most people start to feel cheerful and happy.

Afghanica does not stop with a wave of sensation that relaxes the body.

Instead, it comes on with such intensity that is overwhelming.

As a result, most people feel lazy and are likely to stay in one spot only.

It can also induce a severe case of the munchies, but getting up to get some food is going to be a battle of the will.

One reason we advise beginners to stay away from Afghanica is that along with the relaxing effects; it can also increase anxiety.

If we close our eyes and smell Afghanica, it would not be hard to imagine ourselves high up in a mountain.

As the smell of earth fills in, there is a strong floral scent blending in.

Afghanica still retains a sweet Hash flavor that is reminiscent of its genetic origin.

It also comes with a blend of flower and berry resulting in one of the best-tasting strains ever.

At the same time, it may also raise anxiety levels. For this reason, those who are having such issues must avoid using Afghanica.

Another adverse reaction is feeling dizzy. It is something most people will have to get used to.

Other than that, the other common reactions are typical with the use of marijuana such as dry mouth and eyes.

The extreme sedative-like body high of Afghanica makes it useful in managing depression.

Not only does it make users feel happy, but it is also calming and relaxing. As its effects fade, drowsiness sets in.

On the one hand, it is useful in boosting the appetite.

But because the strain causes people to feel lazy and locked on the couch, it is hard to get up and eat.

As a result, most people end up sleeping.

Afghanica is a pretty tough strain. While it is not advisable for first-timers or novice users, she can be grown by beginners.

Also, growers have the choice of planting her outdoor or indoor.

Outdoor, the plant should thrive well in a temperate to warm climate.

While indoor, using the Screen of Green with hydroponics seems to work best.

Typical of a pure Indica, Afghanica is ready to offer up to 21 ounces per square meter of buds in as early as seven weeks.

In an outdoor setting with a lot of space, this plant grows up to more than four feet. Compared to typical Sativa plants, Afghanica is a midget. But once she reaches full maturity between September and October, it can produce 21 to 25 ounces each.

What is the Afghanica strain yield?

How much THC does Afghanica have?

What are the origins of the Afghanica strain?

Afghanica was created from a mix between Afghani No. 1

Have you ever smoked or grown your own Afghanica? Please let me know what you think about this marijuana strain in the comments below.