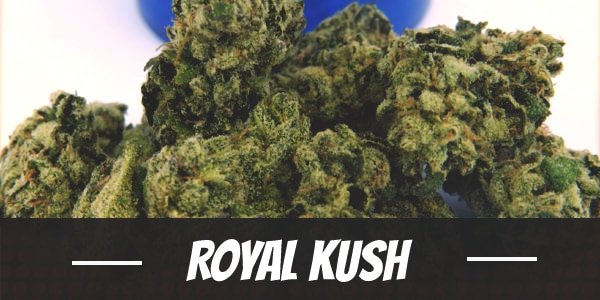 The thing about cannabis strains is that many of them were created to fine tune the effects of its parents. Some of the most popular or renowned hybrids, in fact, were developed after years or decades of breeding. With many breeders out there, as well as having thousands of strains today, one thing we know is that not all strains could lay claim to being the king of hybrids.

One particular strain, Royal Kush, is an exemption. Throughout the ancient times to the middle ages, and even today, the most powerful kings and leaders of men are dominating people. A few may be benevolent, but most have a non-compromising attitude. In a similar manner, this hybrid can be relentless and unforgiving.

Of course, different people have different reasons and needs when it comes to their choices of strains. It is impossible to have one strain that can do everything, but in the case of Royal Kush, what good it does, it does so extremely well.

The rulers of men throughout history came to be from ascension. In other words, power was handed to them by virtue of their being the sons of kings and queens. On that note, Royal Kush is not different. It is a cross between two legendary strains, an Afghani Indica and Skunk No. 1.

The question that remains is whether or not their highly-touted offspring will live up to expectations. It is a question that would not take long before being answered as Royal Kush has already gained its own following. In fact, it is now being touted as the king of all hybrids, not because of its lineage but because of what it could do.

Royal Kush deserves its title as the king of hybrids as it delivers a powerful buzzing cerebral high. For cannabis users, this should be taken as a warning as it is only the beginning of what is to come. At its onset, the mental high uplifts the mood as it continues to intensify until the consumer is feeling euphoric. At this point, the ebbing mental high continues even as one may find themselves deep into their own thoughts.

Soon enough, the head high creeps down to the body and in such an intensity that one finds themselves in a state of nirvana. In other words, they stop thinking about anything that is bothering them, including physical pains.

Beginners or novice users may not want to use this hybrid as its effects are not only powerful but insanely overwhelming. As the mental and body high starts to subside, the intense hit leaves one most likely sleeping.

It does not have the most intense odor compared to a few others, but Royal Kush still has a pungent and skunky odor. No doubt, it is one of the traits it inherited from Skunk No. 1, but it also blends with an earthy smell with hints of something sweet and spicy. This strain comes with an attitude too. If you want its effects, then you have to accept anything else that it brings to the table, including its smell.

Better than how it smells, for sure, is the citrusy pine taste that blends in with its toned-down fragrance carrying over to its taste. Although its fragrance may take a little bit of time getting used to, its flavors is an instant hit among smokers.

There is nothing much to be concerned about when it comes to negative effects. Sure, smokers will definitely feel their eyes and especially, their mouth drying. But that is a normal reaction to the use of cannabis.

Other than that, always remember to use Royal Kush, or any marijuana, conservatively. Using too much, even for strains considered to be weak or gentle, can overwhelm anyone.

When it comes to choices of medical cannabis, Royal Kush ranks up there with the best. It has an incredible ability to divert the focus of people from pains. Not only mentally, but also physically as its Indica side overwhelms the body. Aside from helping people deal with pain, it is also a great strain for relieving symptoms of muscle spasms. It also is one of the few strains that can effectively alleviate the symptoms of headaches.

Almost a given, smokers tend to fall asleep after using Royal Kush. For that reason, it should be on the bucket list of anyone who has trouble falling asleep. Because of that, too, it should be used at the end of the day or evening.

Growing Royal Kush is not at all difficult. About the only thing that one needs to do is to have an environment where it is warm and humid. The usual caring of plants apply here, including topping and pruning. But better than growing it outdoor, it thrives even better when grown indoor.

This plant has a higher yield when cultivated indoor. In only 8 to 9 weeks, it is reasonable to expect somewhere around per square meter.

While it will grow well enough, it does not provide the same yield as grown indoor. By flowering time sometime during the last days of September, it gives only 4 to 6 ounces per plant.

Have you ever smoked or grown your own Royal Kush? Please let me know what you think about this marijuana strain in the comments below.