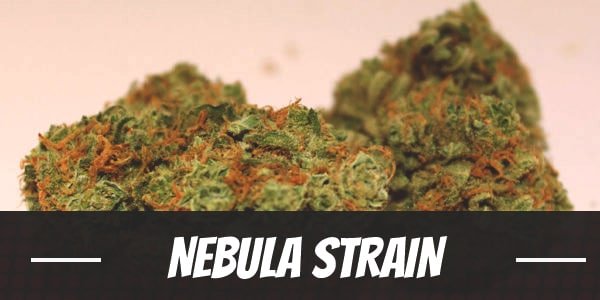 This strain, Nebula, was named after a popular comic villain. In the comics version, she was the enemy of the Silver Surfer and the Avengers. Aptly named, when you think about it, because nebula is also what we call interstellar dust located far away in space.

How this strain works depends on one’s physiology and tolerance. For some people, it could provoke thoughts or induce a meditative state. And then there are others who might feel more creative with a heightened sense of focus. Regardless, Nebula does bring a powerful mental high that could be psychedelic. How is that for a trippy ride to distant stars?

Download my free Grow Bible and grow your own Nebula!

Nebula is also known by another name, Starcloud. Created in 1996 by Paradise Seeds some two decades ago, this strain has had won several accolades and recognitions. The breeder has not disclosed its lineage, but a popular theory is that this strain is a cross between American haze and Master Widow.

While it might be only slightly Sativa dominant, Nebula still delivers a powerful mental high. At the onset, consumers feel a surge of cerebral rush that is accompanied by an overall mood swing to that of feeling upbeat. This does not end there as the intensity continues to build up and consumers are likely to feel creative and extremely focused. Used in moderation, this might be a good strain to use during the day, one would think.

But the cerebral high continues to intensify until now consumers feel energetic and euphoric. At this point, all is well and good until some users may have taken too much than they could handle without realizing it and suddenly, which sends them on a trippy journey into space. Because of its psychedelic effect, it is best to use this Nebula when there is nothing else to do at the end of the day.

Nebula has a sweet and skunky odor that becomes pleasant to smell because of the floral note. A good way to describe it is fragrance is that its sexy.

Even better than how it smells is the delightful flavor of sweet honey with a note of berry mixed in. No wonder it is easy to smoke a little too much because of its great taste.

As far as negative reactions are concerned, there is not much to worry about except for feeling your eyes and mouth drying. In fact, this is the same effect you feel in smoking any cannabis strain. Drinking water before and during its use should reduce that as well as minimize any chances of experiencing a mild headache.

On rare instances, there might be people who feel a slight dizziness at the onset of the cerebral high or even a momentary panic. But that is not happening unless you choose to use more than what you could handle.

We are not sure of the CBD content of Nebula, nevertheless, medical cannabis users have found a great use for the Nebula strain. On top of the list of medicinal values it provides is reducing stress. Due to the cerebral high that it brings, how can someone using this strain continue to stress over something?

Unlike some strains which do reduce stress but are not suitable for those with anxiety disorders, Nebula is different in that it is unlikely to elevate anxiousness. This means it can be used by people who are suffering from depression, for instance.

Consumers have also reported that Nebula has helped them deal with pains and aches. For those who are fatigued, this strain can provide an energy boost. There have also been positive reports on how this cannabis also aids in managing certain gastrointestinal problems.

Nebula is a strain that was created by Paradise Seeds to be grown indoor. It is perfectly suitable for both soil and hydroponics. As an option, you might want to grow this using the Sea of Green (SOG) method. So as long as you provide a good indoor grow light system with adequate wattage, it is a joy to watch this cannabis plant grow and thrive so that by the time you harvest, you would have a sizable yield.

As for growing Nebula outdoor, while not recommended, some people have grown it successfully in a cooler climate. Be sure that at no time during cultivation that the plant would be exposed to cold temperatures.

Considered as easy to grow, Nebula is an ideal cannabis for beginning growers to start off with. Although there is work to be done, they are quite easy to do.

Taking a wild ride in space to distant stars begin with a bountiful harvest of 16 to 18 ounces per square meter in an indoor setting. All you need is to care for it continuously for 60 to 65 days and you are good to go.

If you are able to grow this cannabis plant outdoor, you could have a yield of 22 ounces or more per plant during the latter days of October.

What is the Nebula strain yield?

How much THC does Nebula Widow have?

What are the origins of the Nebula Widow strain?

Nebula was created from a mix between Americal Haze and Master Widow.

Have you ever smoked or grown your own Nebula? Please let me know what you think about this marijuana strain in the comments below.