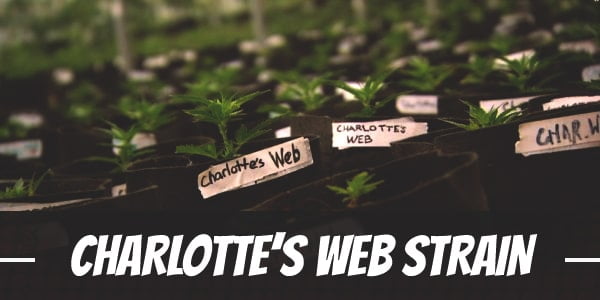 Some of the biggest breakthroughs in science usually involve improving human health and decreasing mortality rate.

While illnesses and death are seen by many as part of the circle of life, it is actually the agonizing effects of these health conditions that make this natural process very hard to deal with.

Thus, people are always on the lookout for better treatments.

Sometimes, it is no longer just about finding a cure, but a way to make things easier for a terminally-ill person.

That being said, desperate families are starting to consider unconventional treatments which now includes the very controversial cannabis plant.

Cannabis is widely known to have psychoactive properties.

However, contrary to popular belief, it actually has a particular variety that does not necessarily cause the kind of “high” that is commonly attributed to the plant.

Some call these varieties as medical marijuana while others refer to them as hemp.

Basically, hemp is a specific cannabis variety that differs from the typical marijuana in terms of its chemical make-up and effects.

One specific example of such variety has made it to the headlines due to the motivation of its discovery and how it has changed the life of a young girl and her family.

As a tribute to that kid, the breeder of the strain named it Charlotte’s Web

Charlotte’s Web is a Sativa-dominant and hemp-derived strain that was initially bred for higher levels of CBD.

The strain was developed by the Colorado-based breeder, The Stanley Brothers.

What makes this strain special is the fact that it was named after Charlotte Fiji–a young girl suffering from Dravet Syndrome which causes her to have several seizures a day.

Charlotte’s Web became the focus of a nationwide effort to make medical marijuana legally accessible for epileptic patients like Charlotte.

Although the legality of such medical alternative is yet to be made a reality in most states, Florida has already legalized it since 2014.

Charlotte’s Web is mostly Sativa. However, due to the lack of THC concentration in the strain, possible psychedelic effects are very little to none.

Some users would describe its effects to focus mostly on the physical. Thus, users generally feel more relaxed after intake.

The Sativa effects of Charlotte’s Web, on the other hand, is manifested by an overall improvement in a user’s mood that is accompanied by feeling happy, focused and oozing with energy.

Due to the fact that Charlotte’s Web has virtually no THC content, it makes an ideal strain for both children and adults who may benefit from its overwhelming CBD concentration without experiencing any type of psychedelic effects.

While Charlotte’s Web is not an average marijuana strain, it does have a very familiar aroma.

Users should expect an earthy and woody fragrance reminiscent of pine with some hints of lemon and light floral scents.

Overall, this makes the strain’s aroma pleasant to both children and adult users.

It is important to note that Charlotte’s web is available in concentrated oil for easy administration, especially to children.

However, for the older patients who would opt for a more traditional way of consumption, they may notice a smooth smoke from Charlotte Web with a slightly skunky and grassy flavor upon exhale.

Otherwise, Charlotte Web generally tastes like a combination of pine, wood, and sage with hints of citrus and lemon.

Just like any other medicine, traditional or not, users should always expect a few side-effects here and there.

In the case of Charlotte’s Web, the most common side-effect experienced among users is dry mouth which is seldom accompanied by signs of dry eyes.

Episodes of dizziness, anxiety, and headaches are also possible.

Ironically, some researchers would argue that the impressive CBD levels of Charlotte’s Web can actually discourage anxiety-inducing feelings.

With an astounding CBD concentration that can reach as high 17%, Charlotte’s web is a perfect alternative for those who suffer from certain health conditions.

First of all, the fact that the strain has successfully improved Charlotte Fiji’s condition, it only proves how effective the strain is alleviating pediatric seizures and epilepsy in adults.

Charlotte’s Web also has an effective analgesic effect that relieves chronic pain and muscle spasms resulting from other types of illnesses like Parkinson’s Disease and fibromyalgia.

It can also help address migraines, headaches, and fatigue.

The uplifting effects of the strain may be good for patients dealing with stress, depression and even anxiety.

Unfortunately, the seeds of Charlotte’s Web are not available commercially which leaves prospective growers to opt for a clone-only alternative.

In the case where growers are able to get their hands on these clones, the strain can be grown either indoor or outdoor.

However, there is no known information as to its ideal growing conditions.

Nonetheless, other growers do highlight the fact that it requires some level of experience to ensure successful cultivation.

For indoor cultivation, the strain’s flowering time will take 60 to 70 days.

It will then produce a total yield of about 12 to 16 ounces per square meter.

If the strain is successfully cultivated outdoor, they should be ready for harvest by October with a total and should produce a yield about 16 ounces per plant.

What is the Charlotte’s Web strain yield?

Charlotte’s Web yields 12 to 16 ounces per square meter indoors and 16 ounces or more per plant outdoors.

How much THC does Charlotte’s Web have?

How much CBD does Charlotte’s Web strain have?

Charlotte’s web was specifically bred to have a high CBD level, reaching up to 17% CBD.

Have you ever smoked or grown your own Charlotte’s Web? Please let me know what you think about this marijuana strain in the comments below.