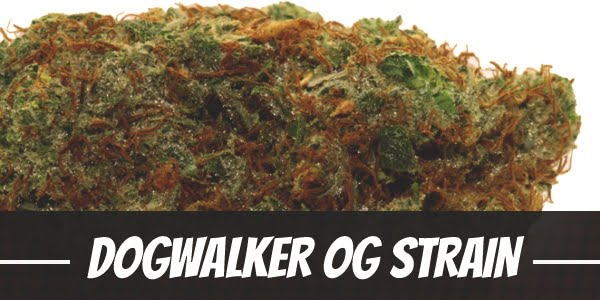 There are quite a lot of things to look forward to before one starts smoking weed. The common expectation almost always involves the intensity of the psychoactive effects of the plant which, in reality, is not entirely what defines the overall experience that marijuana can offer, and a good example for that is the indica dominant Dogwalker OG strain.

In fact, some of their attributes that oftentimes appear less important can actually make a lot of difference. Take a particular strain’s aroma and flavor, for example. While first-time users usually overlook these qualities, experienced cannabis smokers know very well that these things are just as important.

Basically, these are what spices up the whole experience. However, it turns out that the most pleasing aroma and flavor of marijuana are usually strong, pungent and sometimes, even musky. Although these may not sound as appealing to novice users, these qualities actually contribute so much to the overall quality of a strain.

A clear example of a strain with such impressive qualities is an Indica-dominant hybrid called the Dogwalker OG. The name itself sounds interesting enough, but wait until we get into detail.

Apparently, this strain is boasting of all the qualities that one can possibly want for a strain: high potency, strong aroma, and prominent flavors. Name it and the Dogwalker OG possibly has it. The information below should explore more on that point.

Although its original breeder is still unknown, the cannabis community seems to be convinced that Dogwalker OG is the product of crossing two hybrids, Albert Walker and Chemdawg 91.

The strain has gain popularity not only for its impressive THC concentration but also for its prominent aroma and flavors.

Download my free Grow Bible and grow your own Dogwalker OG!

Dogwalker OG is a highly potent strain that boasts of THC levels that can reach as high as 26%. That being said, it is not the type of strain for novice users who are yet to develop enough tolerance to strong THC effects.

However, seasoned users who are up for some strong head and body buzz should enjoy the strain’s well-balanced high. At the onset, Dogwalker OG offers users with a prominent cerebral high that promotes focus and a sense of euphoria.

Now, considering the dominant Indica concentration of the strain, a strong sense of deep relaxation should follow as soon as the strain’s Indica effects start to kick in. This can quickly escalate into sleepiness especially in higher doses.re

, Snoop Dogg OG is a direct descendant of Lemon OG and Sour Diesel. Both parents are pretty well known and looked up with high regard. Read our full review!

One of the most interesting theories about the name of Dogwalker OG is that its name is supposed to be derived from the strain’s scent which can be likened to a wet dog, but with an earthy undertone. That might actually sound a bit off-putting for non-cannabis users. However, that is not exactly the case for avid cannabis fans.

In fact, it is this unique combination of pungent diesel, earthy pine and skunk scents that makes the strain very appealing.

As unusually fragrant as the Dogwalker OG’s smell is, its flavors can also be considered as an acquired taste. To wit, it has this overpowering pungent chemical and pine mixture that complements its strong effects very well.

The chemical composition alone of Dogwalker OG already comes with enough precautions, especially for inexperienced smokers. So, it is not really surprising to know that the strain may also cause some adverse reactions.

The most commonly reported side-effect of the strain is dry mouth while other cases may also involve the usual dry eyes and anxiety. To those users who are not particularly accustomed to strains with high levels of THC or have indulged too much may also experience episodes of dizziness.

There is no clear data as to the average amount of CBD concentration in Dogwalker OG. However, based on the known experiences of users and the chemical composition of the strain, Dogwalker OG’s Indica-dominant quality allows the strain to be an effective analgesic alternative to patients who are experiencing chronic to mild pain due to certain health conditions.

Also, the relaxing high of the strain can further promote sleepiness which is especially beneficial to insomniacs. On the other hand, the strain may also be capable of aiding patients dealing with stress, depression and including random mood swings.

Apparently, some growers would argue that the original Dogwalker OG seeds are not available commercially. Instead, what prospective growers get are clone-only versions of the strain’s seeds. Nonetheless, Riot Seeds has supposedly developed their own version of the seeds and are now making them available for anyone interested.

The good thing about this strain though is that it can be grown either indoor or outdoor. Although, the growers may need to have some level of experiencing in growing cannabis to successfully cultivate Dogwalker OG as it may require a few techniques that only a familiar grower may be able to perform with ease.

In the case that a grower chooses to cultivate the strain indoor, its flowering time should take a solid 9 to 10 weeks. This will result in a yield of 16 to 20 ounce per square meter.

In an outdoor cultivation, however, the expected harvest time for Dogwalker OG is usually during mid-October and the yield can be as much as 20 ounces or more per plant.

What is the Dogwalker OG strain yield?

Dogwalker OG yields 16 to 20 ounces per square meter indoors and 20 ounces or more per plant outdoors.

How much THC does Dogwalker OG have?

What are the origins of the Dogwalker OG strain?

Dogwalker OG is believed to be the product of the crossing of Albert Walker with Chemdawg 91.

Have you ever smoked or grown your own Dogwalker OG? Please let me know what you think about this marijuana strain in the comments below.