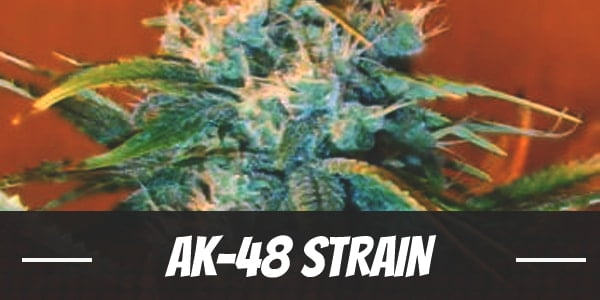 The names of cannabis strains are probably some of the greatest puns that anyone could ever come across regardless if one is an avid user or not.

Their names can resemble that of a fruit, a place, and even a gun – well, a rifle to be exact.

It all comes down to how their breeders choose to name them.

It goes without saying then that strain names are not necessary the most original, but they are, without a doubt, some of the most creative ones out there.

In fact, breeders have learned the art of wordplay all too well that they can easily mix and match existing strain names, tweak them a bit and then there it goes, a whole new name that they can use to dub their creations.

A perfect example of such case is that of the strain called AK-48.

Thoughts of assaulting might come to mind, but that is AK-47, not this one.

AK-48 happens to be another strain that equally deserves recognition, though.

Below is a series of information about this strain’s most notable traits that will prove that point.

First of all, AK-48 does not have anything to do whatsoever with the infamous AK-47 strain.

The original breeder of AK-48, which is yet to be identified, may have used the latter as an inspiration for the strain’s name but the two are unrelated.

AK-48 is the child strain of Ice and Jock Horror. It takes its name from the number of days it takes for the plant to fully mature.

According to growers, the strain can be harvested in as little as 48 days provided that the plant is cultivated in an ideal growing condition.

AK-48 is believed to have come from Amsterdam and was first developed during the 90s.

Although AK-47 and AK-48 are not from the same lineage, both have one thing in common.

Both these strains are widely recognized for their impressive THC concentrations.

While AK-48 is an Indica-dominant strain, its Sativa effects are actually more prominent.

The strain is known to have a slow cerebral onset that effectively uplifts the mood and energy of users with its happy and creative cerebral stimulation.

Now, as for the strains physical high, what users can expect is a calming relaxation or a mild body buzz and nothing more.

In fact, most users would agree that AK-48 can induce an intense high without necessarily leaving users in a couchlock.

That, in itself, makes the strain an excellent choice for daytime use or an evening treat.

AK-47 is one of those strains with a strong, prominent odor. However, its aroma is rather pleasing to any seasoned cannabis user.

To wit, it gives off this sweet, tropical and fruity aroma accompanied by some spicy, pungent and skunky undertones of pine and earth.

The flavors of AK-47 is just as interesting as its aroma.

While smoking the weed, users will enjoy a delightful blend of the sweet and citrusy flavors of orange and other tropical fruits accented by an earthy pine taste.

Given the strain’s impressive potency and delicious flavors and aroma, the question now is: what is the catch?

Indeed, any cannabis variety comes with a warning. These plants are known to cause various types of side effects regardless of their potency.

So, in the case of AK-47, users are expected to be extra careful considering its potent THC levels.

AK-47 users are likely to experience paranoia due to the strain’s prominent cerebral high.

On top of that, users may also notice signs of dry mouth and dry eyes that are rarely accompanied by mild anxiety and dizziness.

Looking at the CBD levels of AK-48, it clearly is not the best choice for patients suffering from epilepsy or seizures.

However, the strain can effectively aid in improving the state of mind of patients dealing with stress and depression.

Some users have also reported about getting the munchies while smoking the strain, so it may be helpful in stimulating the appetite of patients with eating disorders.

At the same time, AK-48 contains some analgesic properties that can provide temporary pain relief.

AK-48 is known to be one of the strains that are easy to handle even for novice growers.

The plant can be cultivated either indoor or outdoor.

Although, for outdoor cultivation, it is best for growers to consider choosing a patch of land away from their neighbors as the strain can give off this overwhelmingly heavy odor that can potentially gain some unwanted attention.

Indoors, the plant can be cultivated using the SOG method. If grown outdoors, however, a Mediterranean climate is required for the plant to thrive.

Indoor cultivation will allow the AK-48 to undergo a flowering stage for 7 to 8 weeks and produce a yield of up to 17 ounces per square meter.

In an ideal growing condition, the buds of AK-48 should be ready for harvest by October.

The expected yield for this type of cultivation is 17 ounces or more per plant.

What is the AK-48 strain yield?

AK-48 yields up to 17 ounces per square meter indoors and 17 ounces or more per plant outdoors.

What are the origins of the AK-48 strain?

AK-48 was created from a cross between Jock Horror and Ice.

Have you ever smoked or grown your own AK-48? Please let me know what you think about this marijuana strain in the comments below.