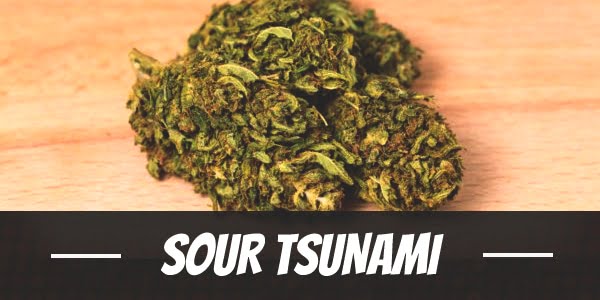 For the less informed individuals, marijuana would always seem to have a negative connotation. Also, the fact that smoking and growing marijuana is illegal in most countries is not helping the reputation of the plant in any way. So, when someone smokes weed, the initial reaction from these people are most likely negative as well.

Fortunately, more and more people are taking concreting steps to educate the rest of the world about the benefits of cannabis, especially in the field of medicine. As a result, medical marijuana has slowly been accepted by the general public and even made its way to a number of dispensaries where different varieties of cannabis are made accessible to patients for medical use.

While any variety of cannabis has the potential of alleviating certain health conditions, the level of effectiveness can vary from one strain to the other. Thankfully, some loyal cannabis users have thought of breeding strains that hold superior medicinal value with the main purpose of accommodating the needs of patients who benefit from the CBD content in marijuana.

Such strains are said to have CBD levels that are remarkably higher than the average amount found in most cannabis varieties. They are very rare and not to mention, very challenging to breed. Regardless, there are lots of information about these types of strains that are available to the public. Perhaps it is due to their impressive medical benefits.

Below is one example of a strain variety with such qualities. This strain is known as Sour Tsunami and unlike most strains, its name is in reference to the strain’s powerful symptom relief instead of the intensity of its physical or cerebral high.

Sour Tsunami was developed by Lawrence Ringo of the Southern Humboldt Seed Collective. His motivation for breeding the strain was his own medical condition. He was suffering from severe back pain and did not want to take his regular medication, so he bred a strain with impressive CBD levels to serve as a pain-reliever alternative.

Since then, Ringo’s creation has been considered as one the first strains to be specifically bred for medicinal use. Today, Sour Tsunami is popular in California and Michigan but is found mostly in the Pacific Northwest.

Sour Tsunami is just like any other strain designed to have high levels of CBD, but low on THC. Recreational users who are seeking for a more powerful high most like will find this strain’s qualities less attractive. However, to those users who are dependent on cannabidiol or CBD, Sour Tsunami is everything.

The THC level in Sour Tsunami does not exceed 10% which is pretty low considering the 15% average found in most cannabis strains. As a result, users are less likely to feel a head buzz despite the fact that the strain is Sativa-dominant. Instead, users are more likely to feel relaxed as its strong analgesic effect kicks in.

If the user does feel some cerebral effects, it will usually involve a feeling happy, focused and uplifted. That being said, Sour Tsunami is ideally used during the day for medical use more than anything.

Looking the individual characteristics of its parent strains, one can expect Sour Tsunami to have the same musky and diesel aroma with sour and citrus undertones that are more evident upon exhale.

Sour Tsunami’s flavors also reflect that of its parent strains’. Users can expect it to taste like diesel with traces of pine and woody flavors complemented with sweet and citrus undertones.

Surprisingly, even medical marijuana can still potentially cause some adverse reactions. In the case of Sour Tsunami, users are more likely to experience dry mouth which may be accompanied by signs of dry eyes. In rare occasions, some users may notice signs of anxiety and paranoia.

The overwhelming CBD level of Sour Tsunami clearly reflects how potent the strain is when it comes to alleviating specific health issues. For one, its 11% CBD content can serve as an effective analgesic for patients experiencing chronic pain, including simple headaches and muscle spasms.

Sour Tsunami is also known to be one the few strains with CBD levels that are suitable for patients suffering from seizures and epilepsy. Most importantly, the strain may be administered to children which is another reason why Sour Tsunami has gained so much popularity among medical marijuana users.

Furthermore, Sour Tsunami may also be used to help patients deal with depression and stress by uplifting their spirits and improving their overall mood.

Just like any other strain with very high CBD concentration, growing Sour Tsunami requires experience and expertise. Apparently, this strain produces a lot of phenotypes which further gives growers only about 25% chance of ending up with a harvest that consists of CBD-rich buds.

Nonetheless, one can increase the chances of successful cultivation by taking advantage of various testing services that can test the strain’s CBD content. At 3 to 4 weeks, before the flowering stage begins, growers may take some samples from the plant and have them analyzed. Cuttings from those plant with high CBD production can then be developed as usual.

If Sour Tsunami is grown indoors, its flowering time could take 58 to 63 days and may produce a medium yield of about 12 to 16 ounces per square meter.

Outdoor cultivation, on the other hand, will have the Sour Tsunami ready for harvest by October. This growing method should produce a yield of 16 ounces or more per plant.

Have you ever smoked or grown your own Sour Tsunami? Please let me know what you think about this marijuana strain in the comments below.